From July 24th to August 30th in Venice, every Friday and Saturday at 9 pm, the Arena at the Giardini della Biennale will present a line-up of restored film classics titled Classici fuori Mostra.

The event was previously announced and should have been held at the Cinema Rossini in Venice between March and May 2020, but the emergency health conditions in the country forced a lockdown that prevented it from taking place. The same programme will now be screened at the outdoor Arena Giardini that La Biennale has built for the summer, in preparation for the 77th Venice International Film Festival (2 - 12 September).

The first edition of the Permanent Festival of Restored Films will feature twelve masterpieces from the past in the original language version with subtitles in Italian, a selection from a list of the finest and most recent film restoration projects completed by film libraries and production companies around the world. The intention is to introduce audiences to the films that have marked the history of cinema and continue to inspire the work of today’s filmmakers. Special discount tickets will be available for students (discount tickets for students 2.50 euro, subscription for students 20 euro, full ticket price 8 euro, full subscription price 60 euro).

The first film in the programme, Don’t Look Now (1973), a horror film masterpiece by British director Nicolas Roeg starring Julie Christie and Donald Sutherland (restored by StudioCanal), will be introduced on Friday July 24th at 9 pm by director Luca Guadagnino (Call Me By Your Name, Suspiria, I Am Love) and Giovanni Soccol.

A tribute to the great Venetian photographer Fulvio Roiter will be held on Saturday July 25th at 9 pm, in collaboration with the Fondazione Roiter and the City of Venice, before the screening of Fat City (1971) by John Huston.

“The growing success of the Venice Classics section – stated the Director of the Cinema Department, Alberto Barbera – which registered the greatest participation of spectators during the last Venice International Film Festival, confirms the existence of an audience that is extremely interested in seeing film classics from the world heritage of cinema. The opportunity to see, again or for the first time, films that have left their mark on the development of the language and aesthetics of the Seventh Art is a valuable one for the public in general, but for students in particular it has an added element of educational enrichment. These considerations led to the idea of a film series titled Classici fuori Mostra, a weekly event that will extend the joy of viewing that a film festival must necessarily limit to a span of just a few days”.

As previously announced, the Venice Classics section of the 77th Venice International Film Festival will be hosted this year, due to the exceptional circumstances,  within the programme of the festival Il Cinema Ritrovato, promoted by the Cineteca di Bologna, which will take place from August 25th to 31st in Bologna. The selection of restored Classics, to which new titles will be added, will be screened in Venice in the following months, as the second edition of the Permanent Festival of Restored Films.

The programme
(Screenings will begin at 9 pm)

TO BE FOLLOWED BY:

“A film that is important for its freedom and sensibility, in which Huston rediscovers Hemingway and updates his vision of losers (in boxing and in a contemporary California town) with an unusual sense of bitterness, arising from his awareness of the complete failure and total defeat of the American illusions of democracy and the pursuit of happiness”(G. Fofi).

From the novel of the same name by Leonardo Sciascia, one of the first films about the mafia: “perhaps the best film by one of the most lucid directors of socially-committed cinema of the time” (P.Mereghetti). It is also the first outcome of the prolific collaboration between Gian Maria Volonté and the long-underestimated filmmaker of post-Neorealist Italian cinema.

A milestone in science-fiction film from the 1980s. “It doesn’t count much for what it says but it says it beautifully, thanks to its extremely suggestive production design and infallible narrative rhythm. Its main theme is the fear of the unknown, and that is why it delves so deep” (M. Morandini). “Scott’s direction is extraordinary and incredibly modern, gripping the viewer from the first to the last minute, and his decision to make a woman the hero is revolutionary” (P. Mereghetti).

A screen adaptation of the novel “Totò il buono” by Cesare Zavattini, this is “a utopian story that sets a humanistic space of warmth and imagination against the arrogance of a wild modernity” (S. Parigi), which at the time upset the right wing for its subversive implications (the temporary title was “The poor are annoying”) and the left wing because it abandoned the stylistic modules of Neorealism. It won the Golden Palm at the Cannes Film Festival.

One of the masterpieces by the Master of martial arts films from Hong Kong: “The plastic beauty of the scenarios and atmospheres in which the topography coincides with the mise-en-scène, often authentic costumes and sets, customs, rituals, combat staged as acrobatic ballet, inspired by the Beijing Opera rather than the martial arts, and many other elements that derive from the imagery of Chinese tradition and recreate it in a grand visual and gestural synthesis” (G. Volpi).

“The third film in the partnership between Losey and Harold Pinter, and the most complex. It achieves simplicity through the most refined of artifices” (M. Morandini). “Pinter’s script is a meticulous portrait of the education to existence and to pain, counterpointed, with masterful sound and visual editing, by the reminiscences of two elderly people. The scenes of social life are enchanting (group prayer before breakfast, the cricket game, cutting the birthday cake) and offer a vivid description of the habits and customs of a bygone world” (G. Volpi). Golden Palm at the Cannes Film Festival.

From one of Martin Scorsese’s favorite directors, a film that “is not, as has been written, about the useless heroism in Poland’s tradition. Wajda’s original perspective stems from his position on the hinge between personal history and national history where the existential facts (moral anguish, the decay of death, fear) become rational, and constantly viewed within a political and civil dimension” (M.Morandini).

“At the beginning of the film, Ganz points out to the waitress that the clock in the bar is wrong. She answers: “The clock is right. It’s the world that’s wrong”. This feeling that the world is out of place pervades the urban solitude surrounding the protagonist, who uses his camera to record fragments of reality that he sends to his wife, moping around the house as if he expected to be captured by reality, to be absorbed by it” (Frédéric Bas). “Blues over the sea and over Lisbon, a film about time and space (and hence about cinema) in sequences of daydreams” (M. Morandini).

with Tom Neal, Ann Savage, Claudia Drake, Edmund MacDonald; USA, 1945, 67’
Restored by the Academy Film Archive and Film Foundation, in collaboration with the Cinémathèque Royale de Belgique, Museum of Modern Art and Cinémathèque Française, with funding for the restoration provided by the George Lucas Family Foundation

“Made in 6 days, with all the scenes on the street filmed with back projection by a Viennese director, the indisputable master of low-cost Hollywood B movies, it became the most famous cult film in the category of poor cinema” (M. Morandini). “One of those little masterpieces that came out of the more untethered B-movie productions, in which the absence of resources became style, a search for atmosphere and an original angle. In Ulmer’s film, the search for the unusual leads to nightmare and dream, to an absurdity almost worthy of Kafka” (G. Volpi).

“Reported and confiscated by the censors who demanded cuts, changes to the dialogues and the release under a different title, this is a paradoxical grotesque about the family, marriage and the clerical-bourgeois ideology that saturated Italy. Funny and coolly merciless” (M. Morandini).  “Real black humour and a frightening sense of death – of the soul, the body and the senses: one of Ferreri’s most successful films” (P. Mereghetti).

“A world of patriarchs and foremen, a world in which the archaic – money, things, earth – combine with more modern forms of exploitation. Sex is obsession, passion, skin-deep eros, a crossroads of destinies that will lead Toni to pay for a crime he did not commit. This film by Renoir is a splendid proletarian melodrama, powerful and true” (G. Volpi). One of Renoir’s most powerful films from the 1930s. 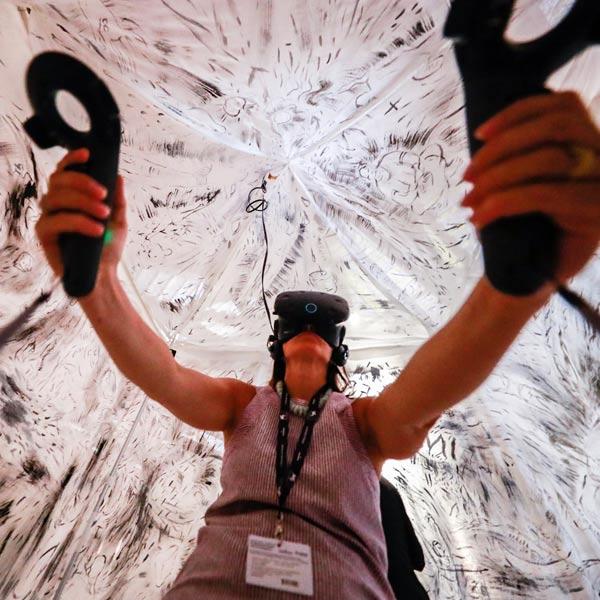 The Human Voice by Pedro Almodóvar and One Night in Miami by Regina King will screen Out of Competition.