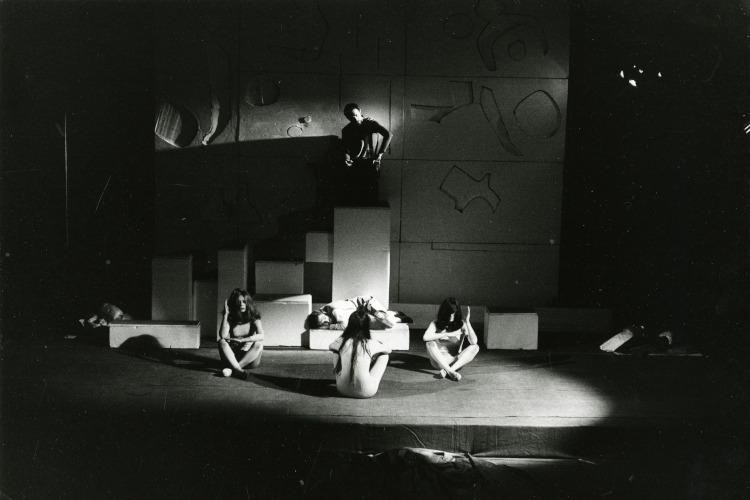 Now online a new Virtual Exhibition of the Historical Archives

A new Virtual Exhibition by the Historical Archives is now showing on the website of La Biennale di Venezia.
Following The Idea of the Body, still online, comes Registe alla Biennale – Biennale Teatro 1934 - 2016, presenting the exhibition previously shown at Ca’ Giustinian in 2017, for the 45th International Theatre Festival dedicated to directors.

Borrowing from the collection of the Historical Archives of Contemporary Arts of La Biennale di Venezia, the exhibition is a chronological overview of women directors in the history of the Biennale Teatro, from its very origins in 1934 to the present day.

Photographs, bills and posters from the past editions of the International Theatre Festival have been selected by the Director of the Department Antonio Latella, who explains that the exhibition intends to “retrieve, through the appropriate documentation, fragments of experiences that have fallen into oblivion, the participation of women artists that only the necessary and fundamental contribution offered by the legacy of the Historical Archives can bring back to light, allowing us to understand that we owe who we are and what we can do today to those who have come before us. A chronological journey through memory is thus not just reminiscence but living testimony, a chronicle of the infinite potential of languages that theatre can offer and that the women artists in the history of the Biennale Teatro can continue to tell us about in the silence of their having been and their being together again, now.”

Delving into the history of the Biennale Teatro, from the 1950s we find figures of actress-directors such as Edwige Feuillère, considered “the new Sarah Bernhardt”, the star and director of a memorable La Dame aux Camélias, or Shelah Richards, who came to Broadway from Dublin, or Krystyna Skuszanka from Poland.
In the 1960s La Biennale bore witness to the revolution in theatre with founding figures such as Judith Malina, who with Julian Beck was the heart and soul of Living Theatre, Ariane Mnouchkine, founder of the Théâtre de Soleil which found a home in the Parisian periphery of the Cartoucherie, or Mina Mezzadri, the first female director in Italy, promoter of the Compagnia della Loggetta and a pioneer of document-theatre.
In the 1970s and 80s, La Biennale showcased the multidisciplinary experiences of Meredith Monk, the intellectual and political experiences of Dacia Maraini and Annabella Cerliani, two of the founders of the La Maddalena Teatro association and effe magazine, the exquisitely literary experiences of Marguerite Duras, author and director of Savannah Bay, presented in the Noah’s Ark-like structure that Renzo Piano had conceived in the Church of San Lorenzo for Luigi Nono, starring two great actresses, Madeleine Renaud and Bulle Ogier. And above all the experience that had the greatest impact on theatre in those years: Pina Bausch, invited by Franco Quadri for a historic anthology of her masterpieces.
Another thread that runs through the history of La Biennale is children’s and puppet theatre, as interpreted by important exponents such as Cathering Dasté, the direct successor to the tradition of Jacques Copeau, Marise Flach, a remarkable pedagogue as well as artist, trained at the school of Étienne Decroux, Leokadia Serafinowicz and her Polish puppet theatre; Mara Baronti and her fairytale stories and Loredana Perissinotto, who made animation her mission.
Recent history however brings us artists and directors who continue to the present day to write the history of international theatre such as, to name just a few: Monica Conti, Alessandra Vanzi (La gaia scienza), Kirsten Dehlholm (Hotel Pro Forma), Maria Donata D’Urso, Emma Dante, Sophiline Cheam Shapiro, Yael Daniels, Silvia Rampelli, Liza May Post, Céline Astrié (compagnia Nanaqui), Christiane Jatahy, Gabriela Carrizo (Peeping Tom), Daniela Nicolò (Motus), Valeria Raimondi (Babilonia Teatri) and Angélica Liddell.

With the Virtual Exhibitions, La Biennale di Venezia continues its programme to highlight the materials of the Historical Archives, making them accessible to an audience of the curious, of fans and of scholar.

The 48th International Theatre Festival directed by Antonio Latella will take place in Venice from September 14th to 25th. 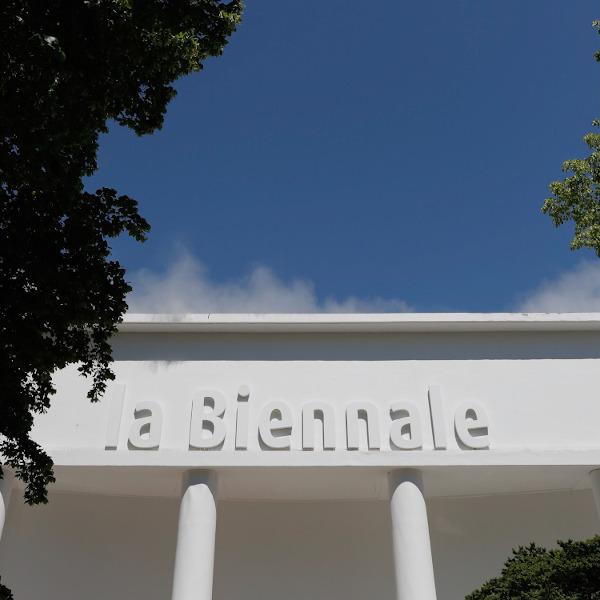 Historical Archives
The Disquieted Muses: An exhibition at the Central Pavilion

The exhibition marked the 125th anniversary of the La Biennale di Venezia. Contents will be available in the catalogue to be published shortly.