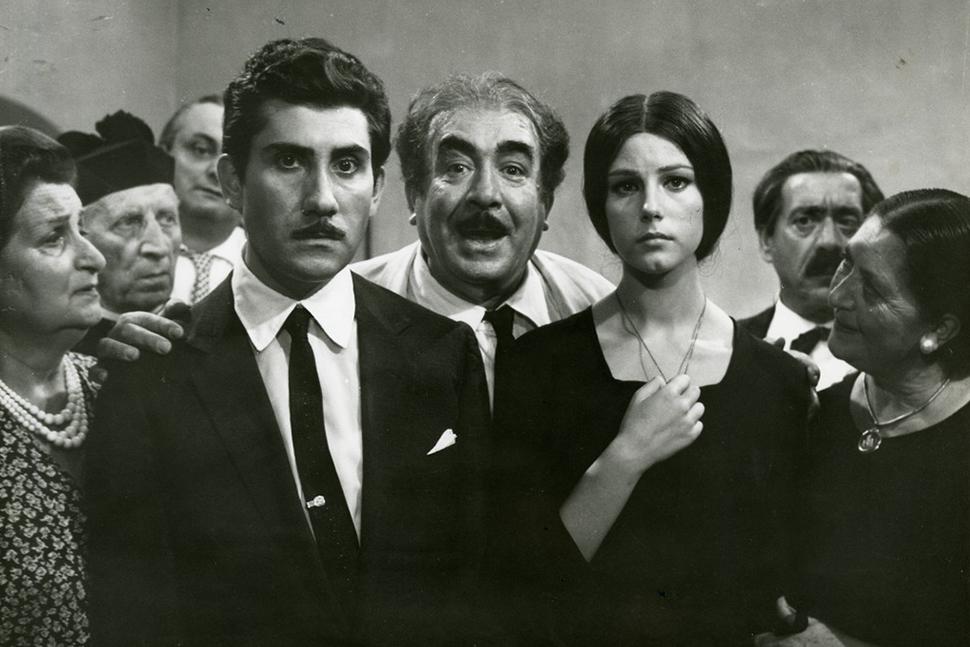 “Vincenzo Ascalone’s tombstone bears the inscription: “Honour and Family”. Throughout the film, he has done nothing but plot increasingly catastrophic schemes and increasingly suffocating coverups, to preserve and perpetuate this untouchable dyad, on which an entire social order seems to balance. Except that everything is conspiring against him: a daughter who is too beautiful (Sandrelli’s performance is unforgettable), a sun that is too hot, a frenzy of desire that propriety and conventions are unable to quell”. (Andrea Meneghelli)
“ I find that my film is not even that Sicilian, the film is inspired by the reality of Sicilian life, delving deep into it to seek to an absolutely symbolic meaning, the meaning of alienation, the representation of men alienated by a myth which in this case is the myth of honour, but in other cases can be a different myth, such as Homeland, Money, Religion, perhaps, there are so many. It is a grotesque representation of an alienated world, exaggerated and overblown, like poisonous yeast” (Pietro Germi)