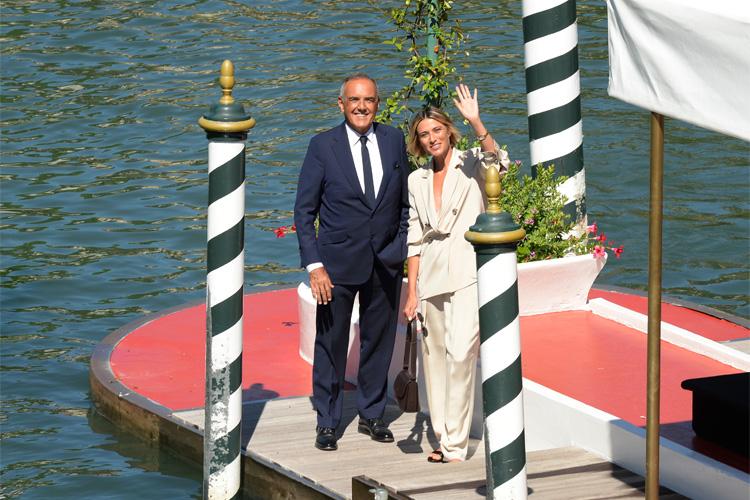 Actress Anna Foglietta to host the opening and closing nights

The opening and closing nights of Venezia 77

Anna Foglietta began her career in acting while still in high school. This was just the beginning of a process that led her to work in advertising, theatre, television before finally emerging in cinema.

Her first experience in television was in the series La Squadra which she acted in for four years, followed by two seasons of Distretto di Polizia. Her first feature films were Sfiorati by Angelo Orlando and in 2008 Solo un padre by Luca Lucini. For her role as Eva in Nessuno mi può giudicare by Massimiliano Bruno, she won a nomination for the David di Donatello and at the Nastri d’Argento won the award for best comedy actress of 2011.

She worked with the Vanzina brothers in Ex-Amici come prima (2011) and in Mai stati uniti (2013), and with Neri Parenti in Colpi di Fulmine in 2012. For the latter she won the Cine Ciak d’Oro as Best Comic Actress and the Chiavi d’Oro for box office revenue.

She returned to television in L’oro di Scampia and Ragion di Stato by Marco Pontecorvo, while in cinema, in 2014, she starred in Confusi e felici by Massimiliano Bruno. That same year she revealed her qualities as a host when she presented the David di Donatello awards beside Paolo Ruffini. In 2015 she was the female lead in the third film by director Edoardo Leo titled Noi e la Giulia, in a role that won her a nomination for the David di Donatello. In 2015 she also made the award-winning hit film Perfetti sconosciuti, directed by Paolo Genovese (with whom Anna had already worked in 2014 in Tutta colpa di Freud), in which she was one of the female leads: she won the Special Nastro d’Argento and received yet another nomination for the David di Donatello.

In 2016, she was the star of the Rai television series adapted from the eponymous film, La mafia uccide solo d’estate. Given the success of the series which aired on channel Rai 1, she also took part in the second season, broadcast in 2018.

That same year she starred in the film Che vuoi che sia, following which she made two other films in which she also played the lead: Il contagio presented at the 74th Venice Film Festival and Il premio directed by Alessandro Gassman. In 2016, again directed by Alessandro Gassman, she took to theatre in the difficult role of poet Alda Merini in the play La pazza della porta accanto, a great success that won her the Premio Maschere d’oro for the theatre 2016.

In 2018, she starred in two successful and very different debut films: the first was a comedy filmed in Milan by Laura Chiossone, Genitori quasi perfetti, the second a drama set in Naples, Un giorno all’improvviso by Ciro d’Emilio, presented at the 75th Venice International Film Festival in the Orizzonti section. During the 2018/2019 season Anna again starred in the theatre, in the play Bella Figura by Yasmina Reza and the touching monologue Una guerra written by Michele Santeramo.

In 2019, for the 69th edition of the Festival di Sanremo directed by Claudio Baglioni, Anna Foglietta co-hosted the DopoFestival with Rocco Papaleo. That same year, she played the part of another great female figure in history, Nilde Iotti, for the Rai 1television series Storia di Nilde, which won significant acclaim and an audience share of 16.2%.

In 2020, she starred in two comedy films: the first was DNA – Decisamente Non Adatti, directed by Lillo e Greg, which due to the COVID-19 emergency made its debut in streaming rather than in theatres. Because of her singular performance playing the roles of all the female protagonists in the film, she was nominated at the Nastri d’Argento 2020 for the Best Actress in a comedy award.

The second is the highly anticipated film by Carlo Verdone, Si vive una volta sola, in which she co-stars with Max Tortora, Rocco Papaleo and Verdone himself. The release of the film has been postponed due to the COVID-19 emergency.

Anna Foglietta is actively committed to social work with the non-profit organization Every Child is My Child, of which she is the president, and which recently collaborated with the Banco Alimentare during the COVID-19 emergency to help children and disadvantaged families.

Soon to be released is the genre film and debut work Il talent del calabrone, in which Anna plays the female lead beside Sergio Castellitto.