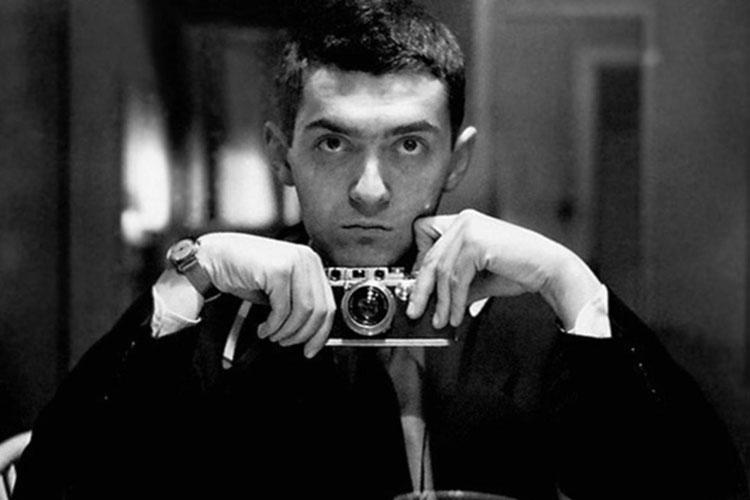 The entire story reconstructed for the first time in the letters and documents of the Historical Archives of the Contemporary Arts (ASAC) of La Biennale.

From the Archives of La Biennale: “A young man 23 years old by the name of Stanley Kubrick”.

The remarkable story of Fear and Desire

Fear and Desire, the first feature-length film directed by Stanley Kubrick, was screened in public for the first time during the Venice International Film Festival of La Biennale di Venezia in 1952, directed by Antonio Petrucci. The screening of the film, entitled Shape of Fear at the time, took place on August 18th 1952 at the Palazzo del Cinema on the Lido, at 10 am, in the section called Festival of the Scientific Film and Art Documentary.

This unusual and remarkable story has been entirely reconstructed for the first time in the letters and documents preserved in the Historical Archives of the Contemporary Arts (ASAC) of La Biennale di Venezia. This occurred within the context of the research for the publication of the historical volume La Mostra Internazionale d’Arte Cinematografica di Venezia, a new book by Professor Gian Piero Brunetta, in a collaboration between La Biennale and the Marsilio publishing company. The book will be presented on Saturday July 9thin Venice, in the Library of the Historical Archives (Giardini della Biennale), during the conference and seminar dedicated to the celebration of the 90th anniversary of the Venice Film Festival.

When he submitted his first feature-length film Shape of Fear (it was renamed Fear and Desire in 1953) for the Venice Film Festival, Stanley Kubrick was 23 years old and was already a well-established photographer. But the exchange of letters with the director of the Exhibition, Antonio Petrucci, reveals his remarkable personality and his awareness of his own talent as a director. The importance of reconstructing this story, in addition to bearing witness to the significance of the documents preserved at ASAC for further research, and to filling in an as-yet undefined piece of Kubrick’s artistic biography, lies in bringing to light the genius of one of the greatest masters in the history of cinema, as it is shown in his handling of his first film.

It all began with a letter dated July 15th 1952 sent by the New York distributor Joseph Burstyn – who at the time imported arthouse European cinema to the United States – to the director of the Venice Film Festival, Antonio Petrucci: “Dear Doctor Petrucci, A year ago, while in Rome, you asked me to keep you informed whenever I see or hear of a good, unusual film produced independently. Well, I have seen one: the name of the film is SHAPE OF FEAR, made by a young man 23 years old by the name of Stanley Kubrick. In my estimation, this is one of the finest films I have seen in the last few years and it should cause great discussion and could be the great surprise of your Festival”.

Petrucci however decided, due to “character and length”, not to accept Shape of Fear (1 hour and 2 minutes) for the official selection of the Film Festival (“big Festival competition”) as he himself writes to Kubrick in a telegram dated August 7th 1952, and opted to screen it in the section titled Festival of the scientific film and art documentary, on a date (August 18th) preceding the main Festival (20 August – 12 September). This is why the film is not mentioned in the catalogue of that edition of the Venice Film Festival.

Stanley Kubrick in turn writes two letters to Antonio Petrucci, the first on July 21st in which he states that he has not yet completed the post-production of the film, and should it be selected, he promises to send the complete title and film credits which could simply be spliced in. In the second letter dated August 26th, Kubrick writes to the director of the Venice Film Festival: “I would be most grateful to know what the ‘reaction’ was to my film Shape of Fear. Your cable informing me that the ‘character and length’ of the film made it impossible to enter it into the ‘big festival’ left me in considerable doubt as to what precisely you had in mind; and since I had never heard of the ‘Special Invitation competition’ you said you were entering it in to, you can well understand the state of confusion I am presently in”.

Though it was screened outside the main selection, Kubrick’s first film enriches the list of the great masters of cinema who over the decades have made their debut on the Lido di Venezia. But it also raised the quality of the 1952 edition of the Venice Film Festival, which was celebrating the twentieth anniversary of the event, and Petrucci wished to make it a memorable edition. The competition featured the participation of 16 nations with 30 films, 13 of which were world premieres. The winner of the edition was Jeux interdits by René Clement (it went on to win an Oscar as Best Foreign Film), which won the award «for having elevated childhood innocence to unique lyrical purity and exceptional expressive power in the tragedy and desolation of war», as the jury motivation read. The other awards went to Europa ’51 by Roberto Rossellini, The Quiet Man by John Ford and Saikaku Ichidai Onna (The Life of O-Haru) by Kenji Mizoguchi. Also participating were Lo sceicco bianco (The White Sheik) by Federico Fellini and Sommarlek (Summer Interlude) by Ingmar Bergman. The members of the jury, chaired by critic Mario Gromo, were Italian personalities and included the poet Giuseppe Ungaretti.

This debut work by Kubrick, written by the future Pulitzer Prize winning author Howard Sackler, is important in that it anticipates the themes later developed by the director in Paths of Glory and Full Metal Jacket. It is a fable on the senselessness of war, an abstract, imaginary war between two deliberately unidentified nations. Four soldiers who survived after their plane was shot down find themselves behind enemy lines. They panic, and losing control go on a violent and senseless rampage, capturing a young girl who crosses their path. The cast (Steve Coit, Frank Silvera and Virginia Leith) were almost all theatre actors, except for the future director Paul Mazursky, who was a college student at the time.

When he finished the editing, Kubrick rented a small theatre in New York for the preview screenings, and for the distribution turned to Joseph Burstyn, who had brought the greatest masterpieces of Italian neorealism to the city. He chose the definitive title (Fear and Desire) for the film, which was to be called The Trap before it became Shape of Fear. The fluctuating fortunes of the film are well documented by Richard Koszarski in the recent book Keep ‘em in the East. Kazan, Kubrick and the Postwar New York Film Renaissance (Columbia University Press, 2021). Kubrick would try to take it out of circulation, dissatisfied with the box-office results and the attacks by American critics. The film was not shown in Italy until 1989, when it was featured on «Fuori orario» on Rai3 television, but in a damaged print. It was released in theatres and in DVD (Paura e desiderio, Raro Video, 68’, a version dubbed in Italian), in the restored HD version from the Library of Congress in Washington, D.C.

The subject of the presence of Kubrick’s first film in Venice emerged in the recent monograph by James Fenwick Stanley Kubrick Produces (Rutgers University Press, 2021) based on the documents preserved in the Stanley Kubrick Archives at the London College of Communication. Our thanks go to Lorenzo Codelli.