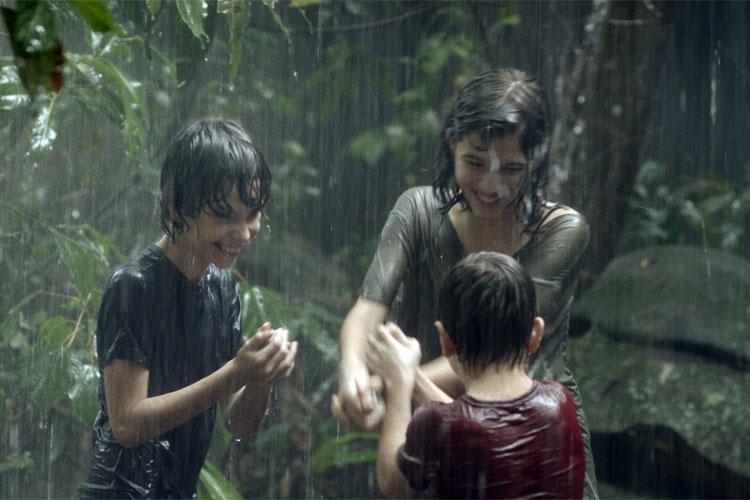 The Web Theatre is back for the 75th Venice Film Festival

A selection of 16 feature films from the Orizzonti, College, Sconfini, and Out of Competition sections is available until 19th September.

A selection of 16 feature-length films, including ten from the Orizzonti section, two from Biennale College Cinema, two from Sconfini and two Out of competition, make up the rich programme of world premieres for the Web Theatre of the 75th Venice Film Festival 2018, headed by Alberto Barbera and organized by the Biennale di Venezia chaired by Paolo Baratta.

Following the success of the previous editions, this seventh edition of the Venice Web Theatre offers the opportunity to watch outstanding films from the official selection of the Venice Film Festival, through the website www.labiennale.org, the evening they premiere at the Lido. Once again, online tickets are limited so film lovers are encouraged to act fast!

Tickets or digital passes for the 16 films of the Web Theatre may be purchased, starting August 21, on the website of La Biennale di Venezia, www.labiennale.org.

The titles available online will include 4 highly anticipated Italian films: Un giorno all’improvviso (If Life Give You Lemons) by Ciro D’Emilio (Orizzonti), Camorra by Francesco Patierno (Sconfini), Arrivederci Saigon by Wilma Labate (Sconfini), and 1938 Diversi by Giorgio Treves (Out of Competition).

The line-up also includes two films made within the context of the Biennale College – Cinema, the training workshop for the development and production of micro-budget feature-length films, which since 2012 has launched young talents such as Duccio Chiarini with Short Skin in 2014, Anna Rose Holmer with The Fits in 2015 and Alessandro Aronadio with Orecchie in 2016. This year it will present Deva by Petra Szöcs (Hungary) and Yuva by Emre Yeksan (Turkey).

The screenings, held on behalf of the Venice Film Festival, will be available for the international community on the secure platform dedicated to film lovers, Festival Scope (www.festivalscope.com), whereas the screening for viewers geo-localized within the territory of Italy will be available on MYmovies.it and Repubblica.it on the platform MYMOVIESLIVE - Nuovo Cinema Repubblica (www.mymovies.it/live/nuovocinemarepubblica/).

For films screened internationally, digital tickets may be purchased starting August 21 on the website of the Biennale www.labiennale.org and on the website www.festivalscope.com. In order to view a film, the user must first register for free and pay for the individual ticket (€ 4) or the pass for 5 films (€ 10) which will be good for one viewing of each film only. Each film (in the original language version with subtitles in English) will be available at 9 pm (Italian time) on the day of the official presentation of the film at the Lido and until September 19th. To view it on MYMOVIESLIVE - Nuovo Cinema Repubblica (with subtitles in Italian), you must register for a subscription to MYmovies.it, in the price category starting at € 17,90, by connecting to the following address: www.mymovies.it/live/nuovocinemarepubblica/. The subscription will give you access to all the films of the Web Theatre.