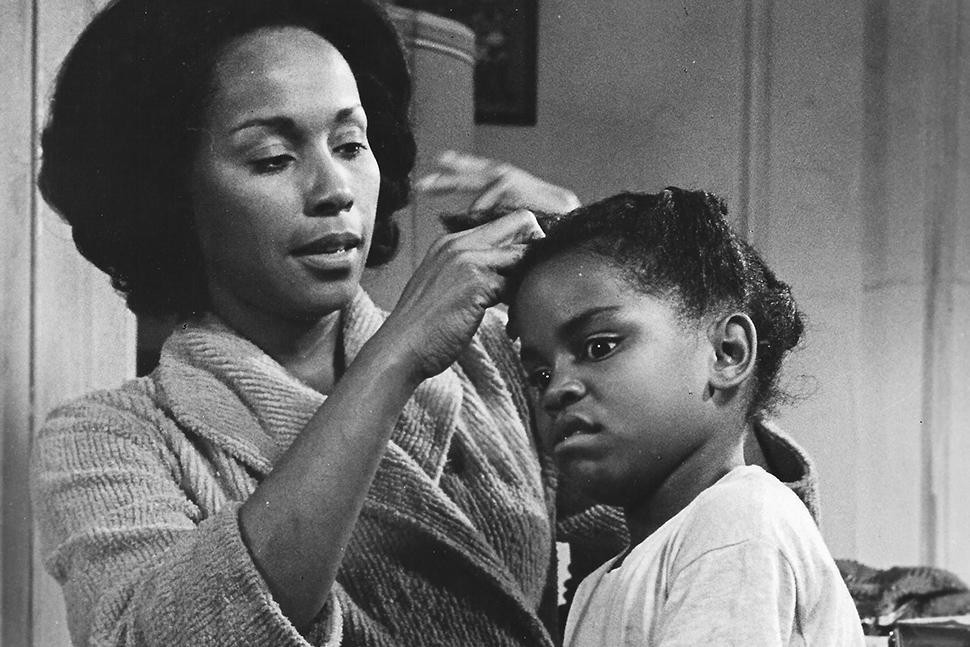 «Claudine is an unusual film for many reasons. It talks about what it’s like to be black and poor, live on welfare, try to make it economically and emotionally without being forced by the system to cheat. The most unusual thing about Claudine is that it seems to take family life seriously, something that very few films today do. Claudine is not very far removed from a typical TV sitcom, at least stylistically. It’s a very pretty looking movie. The colours, even of refuse‐strewn Harlem streets, are as bright and cheerful as any you’d find in a Caribbean travel brochure. The title character is played by Diahann Carroll, a woman of unique beauty and the sort of chic that couldn’t easily be disguised with flour sacks. Her six children, the results of two marriages and two “consensual unions”, are never at a loss for words, which are occasionally blunt but quite often explosively funny in the way that real children would like to be but seldom are. All of this is true. Yet Claudine is a first‐rate American comedy that gives stature to a popular form. It is also the first major film about contemporary black life to consider the hopes, struggles, defeats and frustrations of blacks who aren’t either supercops, supermusicians, superstuds, superpimps or superpushers». (Vincent Canby)