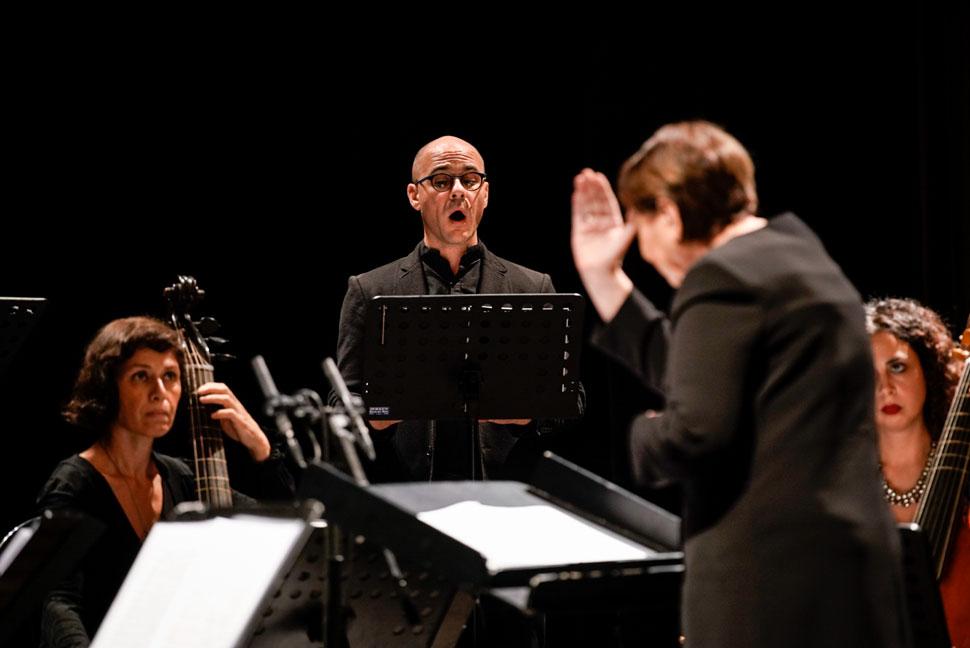 This concert pairs the Missa da capella a sei voci by Claudio Monteverdi with a new composition by Gianvincenzo Cresta for six voices and electronics, in its world premiere performance at the Biennale, which is titled after the text by Giordano Bruno De l'infinito, universo e mondi from which it extrapolates several excerpts. “The two works are similar in their genesis, i.e. in their process of composition, and in their practice, i.e. in the subjective choice of matching the sound of human voices with artificial sounds” (from the notes for the project). It will be performed by the vocal Ensemble Spirito from Lyon, conducted by Nicole Corti, along with I Ferrabosco for Monteverdi, a consort specialized in sacred and profane Italian polyphony, and for Cresta, the electronics curated by Francesco Abbrescia.

Though they are distant in time, the famous Missa da cappella a sei voci sopra il motetto In illo tempore del Gomberti by Claudio Monteverdi (1610) and the score De l’infinito (2016) by Gianvincenzo Cresta are close in terms of their genesis, their composition process, and their practice, in the subjective choice of matching the sound of human voices with artificial sounds. In the Missa by Monteverdi the introduction of the basso continuo coincides with the optional doubling of the voices with instruments (viola “da gamba” or “da brazzo”); in Cresta’s work the disposition of the vocal fabric is literally borrowed from Monteverdi’s and the role of the electronics is to reveal other and further possibilities for human voices, elaborating them in real time, launching them into space, transfiguring them and multiplying them towards the lower or high notes, following even the slightest articulations of the text to support Giordano Bruno’s utopia and “voice”: “I cleave the heavens and soar to the infinite”.