The performance will be followed by a talk with the artists. 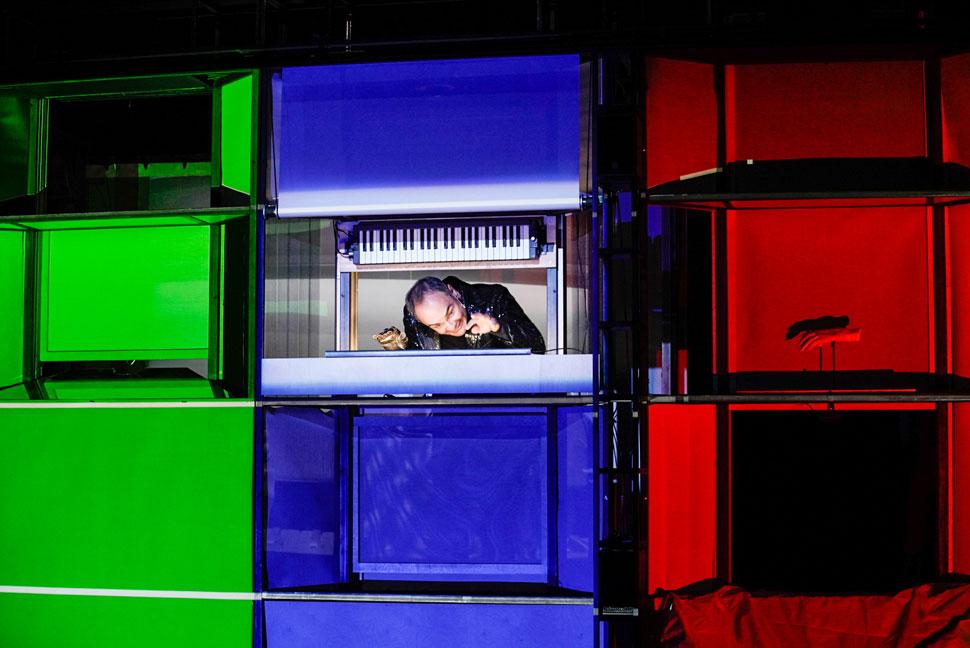 The French-Greek composer Georges Aperghis is radically renovating musical practice as he creates his own surreal polyphonic universe in which all the ingredients – vocal, instrumental, gestural, theatrical, and technological – are transferred from one context to another and integrated. This is the case with Thinking Things, Aperghis’s most recent work which will have its Italian premiere in Venice, written for four performers, robotic extensions, video, lights and electronics. Man and machine, the new cohabitation imposed on man by his creature, are not presented from the traditional apocalyptic perspective, but with humour and imagination more reminiscent of the magical world of Méliès rather than Metropolis.

Georges Aperghis returns to the stage with theater about the aberrations of robotics. A living quartet (song, voice, gesture), dear to the author of Machinations and Luna Park, is joined by a new, invasive, protagonist: a robot totem, designed with Pierre Nouvel and Olivier Pasquet, that ensures the extension of human functions. What do we preserve and what do we forsake in terms of listening, looking, speech and touch? The “thinking things” bring the learning circuits between man and machine back into play, mocking certain rituals such as children at play, a funeral ceremony or a resurrection. A new cohabitation between man and his creature, a terminal for pain or joy, Thinking Things does not however adopt the traditional, apocalyptic vision of robots. More similar to the carnival humour of Méliès, this panic-scherzo is the same as life: the unpredictable is coded and the unexpected strikes.