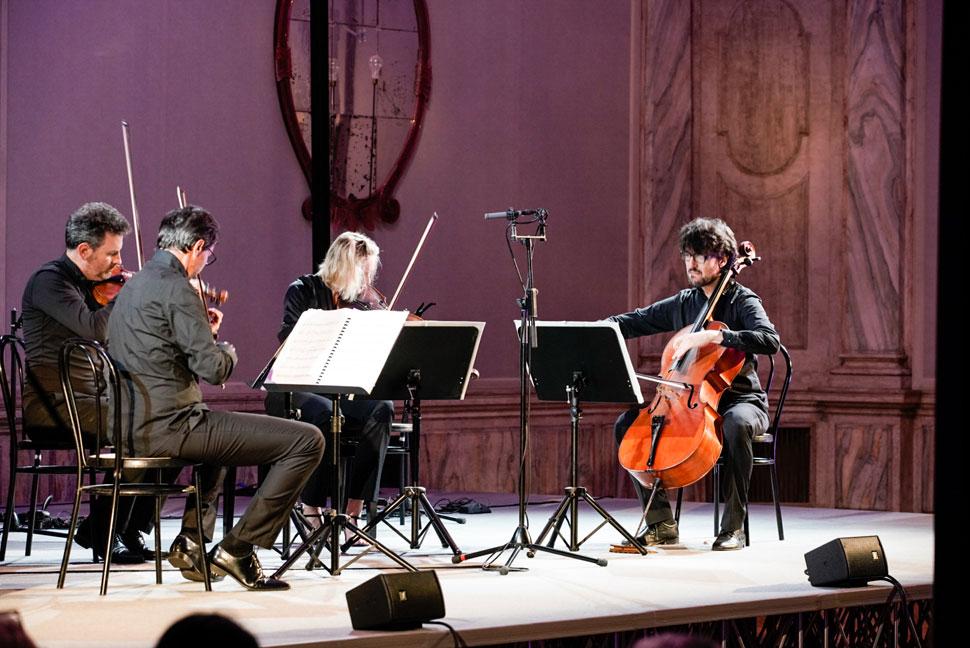 The Quartetto Prometeo, an outstanding quartet with a recognizable performance quality, winner of the Silver Lion award in 2012, has recently added to its roster Danusha Wasklewicz, the first viola of the Berliner Philharmoniker. At the Biennale Musica 2019, along with pianist Mariangela Vacatello, they present a triptych of works composed by Marco Momi, Georges Aperghis and Alessandro Solbiati.

Marco Momi wrote Unrisen for smart instruments, to which a technology is applied to turn them into loudspeakers: the sounds of synthesis are emitted by the instruments themselves in a true fusion of the artificial with the human that interrogates the material independently of the linguistic or technological value that composes or characterizes it.
In Dans le mur Georges Aperghis puts together ten electronic sequences of fragments from nineteenth-century piano literature: each of them is like the surface of a wall against which the performer, like an urban writer, reacts in different ways, while Scherzo displays his more typical and ironic instrumental dramaturgy.
In his Fourth Quartet Alessandro Solbiati brings to life a single, wide formal curve in which everything is a gradual, almost “biological” transformation of four simple initial elements: “the play of figures that change, emerge, dissolve and intersect is accompanied by a second fil rouge, a game of memory, a weave of elements that are sometimes announced beforehand and sometimes briefly brought back”.