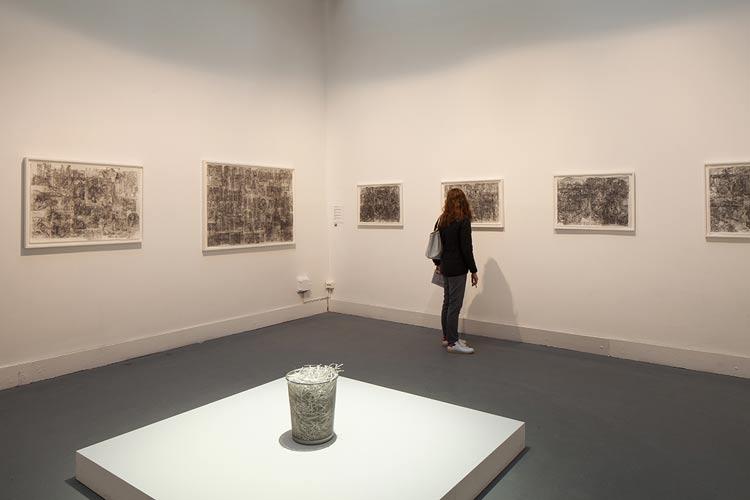 The 57th Biennale VIVA ARTE VIVA is open until Sunday 26 November at the Giardini and Arsenale venues (10 am - 6 pm).

The Exhibition includes 120 artists in the main section Viva Arte Viva, and 86 National Participations in the historic Pavilions at the Giardini, at the Arsenale and in the city centre of Venice.

The Exhibition offers a route that unfolds over the course of nine chapters or families of artists, beginning with two introductory realms in the Central Pavilion in the Giardini, followed by seven more realms to be found in the Arsenale and the Giardino delle Vergini. There are 120 invited artists from 51 countries; 103 of these are participating for the first time.

“La Biennale must present itself as a place whose method—and almost raison d’être—is dedicated to an open dialogue between artists, and between artists and the public.”

This is how Paolo Baratta, President of La Biennale di Venezia, presents Biennale Arte 2017, explaining that “the 57th Exhibition introduces a further development. It is as though what has always been our primary work method—encounter and dialogue—has now become the theme of the Exhibition, because this year’s Biennale is dedicated to celebrating, and almost giving thanks for, the very existence of art and artists, whose worlds expand our perspective and the space of our existence.”

“Christine Macel has called it an Exhibition inspired by humanism. This type of humanism is neither focused on an artistic ideal to follow nor is it characterised by the celebration of mankind as beings who can dominate their surroundings. If anything, this humanism, through art, celebrates mankind’s ability to avoid being dominated by the powers governing world affairs. These powers, if left to their own devices, can greatly affect the human dimension, in a detrimental sense. In this type of humanism, the artistic act is contemporaneously an act of resistance, of liberation and of generosity.”

“There is another aspect of the 57th Exhibition – states Baratta - which alone qualifies it, above and beyond all the themes or narrations: of the 120 artists who have been invited to the Exhibition by our curator, 103 are participating here for the first time. Some are discoveries; many others, at least for this year’s edition, are rediscoveries. And these courageous choices, too, are a concrete expression of our confidence in the world of art.”

“This year, direct encounters with the artists have assumed a strategic role, to the point of becoming one of the pillars of La Biennale, whose program is of unprecedented size and commitment. Our curator’s main Exhibition is surrounded by the 86 pavilions of participating countries, each with its own curator, which will once more bring to life the pluralism of voices which is a hallmark of La Biennale di Venezia.”

“Today, in a world full of conflicts and shocks, art bears witness to the most precious part of what makes us human. Art is the ultimate ground for reflection, individual expression, freedom, and for fundamental questions. Art is the last bastion, a garden to cultivate above and beyond trends and personal interests. It stands as an unequivocal alternative to individualism and indifference.”

“The role, the voice and the responsibility of the artist are more crucial than ever before within the framework of contemporary debates. It is in and through these individual initiatives that the world of tomorrow takes shape, which though surely uncertain, is often best intuited by artists than others.”

Each of the nine chapters or families of artists of the Exhibition “represents a Pavilion in itself, or rather a Trans-Pavilion as it is trans-national by nature but echoes the Biennale’s historical organisation into pavilions, the number of which has never ceased to grow since the end of the 1990s.”

From the “Pavilion of Artists and Books” to the “Pavilion of Time and Infinity”, these nine episodes tell a story that is often discursive and at times paradoxical, with detours that mirror the world’s complexities, a multiplicity of approaches and a wide variety of practices. The Exhibition is intended as an experience, an extrovert movement from the self to the other, towards a common space beyond the defined dimensions, and onwards to the idea of a potential neo-humanism.

Viva Arte Viva also seeks to convey a positive and prospective energy, which whilst focusing on young artists, rediscovers those passed away too soon or those who are still largely unknown despite the importance of their work.

Starting with the Pavilion of Artists and Books, the Exhibition reveals its premise, a dialectic that involves the whole of contemporary society, beyond the artist himself, and addresses the organisation of society and its values.

Art and artists are at the heart of the Exhibition, which begins by examining their practices, the way they create art, halfway between idleness and action, otium and negotium.

Artists featured in the Exhibition

Open Table (Tavola Aperta), Artists’ Practices Project, Unpacking My Library: a series of parallel projects and performances will animate the Exhibition following the same curatorial premise, which is to place artists at the heart of the Exhibition.

Open Table
Each Friday and Saturday of every week, during the six months of the Exhibition, artists will host an Open Table (Tavola Aperta) and meet visitors over a casual lunch to hold a lively conversation about their practice. These bi-weekly events will be organised in two dedicated spaces refurbished for this purpose, in front of the Central Pavilion of the Giardini and in the new Sala d’Armi in the Arsenale. The Open Table (Tavola Aperta) events will be live-streamed on La Biennale’s website.

“These two parallel projects – commented Macel - are open to all artists of Biennale Arte. All National Pavilions are welcome to host their own Open Table (Tavola Aperta) event on Wednesdays and Thursdays, and to add videos to the database on the artists.”

Unpacking My Library
Finally, the project titled Unpacking My Library, inspired by Walter Benjamin’s essay published in 1931, allows the artists of Viva Arte Viva to compile a list of their favourite books. This is both a way to get to know the artists better and a source of inspiration for the public. The list of books will be published in the Exhibition at the Central Pavilion and in the catalogue. The books listed by all the participating artists will be available to visitors at the Stirling Pavilion in the Giardini.

The collaboration with the V&A

For the second year in a row, La Biennale di Venezia collaborates with the Victoria and Albert Museum, London on the Pavilion of Applied Arts, located in Sale d’Armi of the Arsenale. The Pavilion, titled “Display – between art and arts & crafts”, is conceived by La Biennale di Venezia with the advice of Bice Curiger, and curated by Cuban-American artist and sculptor Jorge Pardo, whose work blends art and design together.

The Pavilion at Forte Marghera

La Biennale will include the Forte Marghera Pavilion as part of Biennale Arte 2017, after the positive outcome of last year’s first experience for Biennale Architettura. Wheras last year the Pavilion focused on a specific theme, it is now an integral part of the Exhibition curated by director Christine Macel: it hosts two works by Marie Voignier, two videos allowing the artist to have a direct and exclusive conversation with the visitors. “All” the artists that take part in the 57th International Art Exhibition are also featured here, each with a short video made for the Artists’ Practices Project in which they discuss their work, inclinations and practice. We wish to thank the Accademia di Belle Arti of Venice, the Fondazione Forte Marghera and the City of Venice, for allowing us to use the Pavilion.

Biennale Sessions, a project for Universities

The Biennale Sessions project will be held again for the eighth consecutive year, following the success of its previous editions. This initiative is dedicated by La Biennale to institutions that develop research and training in architecture, the arts and related fields, and to Universities and Fine Arts Academies. The goal is to offer favourable conditions for students and teachers to organise three-day group visits for fifty people or more, offering reduced price meals, the possibility to organise seminars free of charge at the Exhibition venues, and assistance in organising their journey and stay.

Educational activities will again be offered for the year 2017, addressed to individuals and groups of students from schools of all levels and grades, from universities and fine arts academies, and to professionals, companies, experts, architecture fans and families. These initiatives aim to actively involve participants in both Guided Tours and Creative Workshops.

Volume I is dedicated to the International Art Exhibition, and is edited by Christine Macel.

Volume II is dedicated to the National Participations, the Special Project and the Collateral Events. The Exhibition Guide is conceived to accompany the visitor through the exhibition. The design of the graphic identity of Biennale Arte 2017 and the layout of the books are by Studio deValence, Paris. The 3 books are edited and published by La Biennale di Venezia.

We would like to thank the Ministero dei Beni e delle Attività Culturali e del Turismo, the regional Institutions that each in their own way support La Biennale, the City of Venice and the Regione Veneto.
Our thanks go to our Donors, who are essential to the creation of the 57th Exhibition.
We are especially grateful to Christine Macel and all her team. And finally we would like to thank the highly professional staff of La Biennale, who work with such great dedication on the organisation and management of the Exhibition. 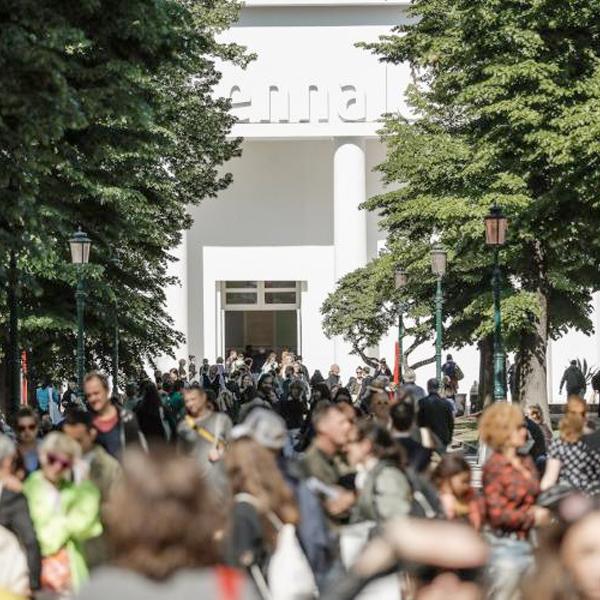 Art
The Biennale Arte 2019 came to a close, confirming the expected 600,000 visitors 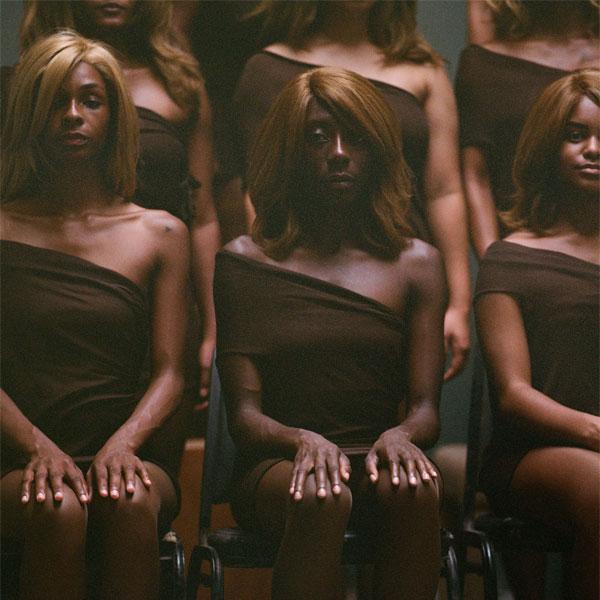 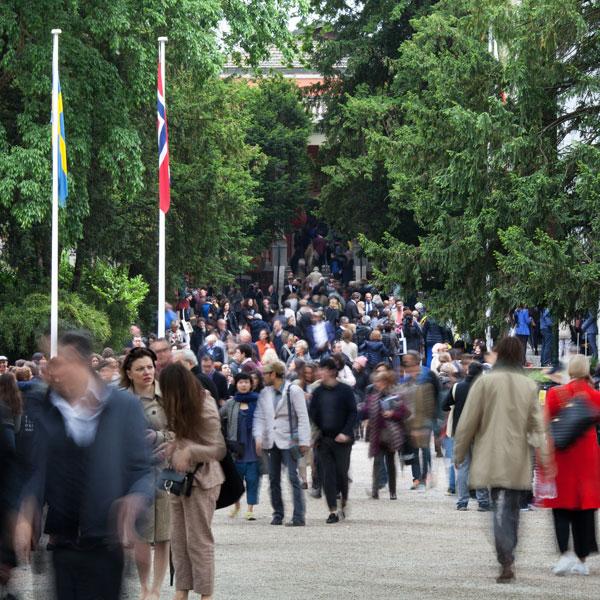