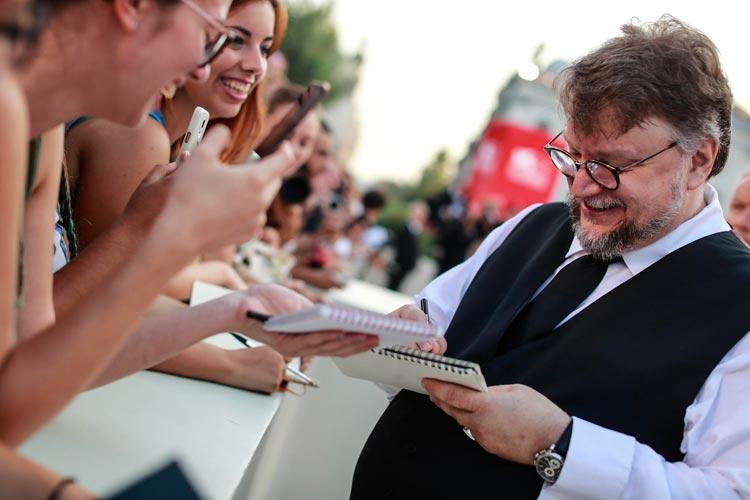 The Jury will assign the Golden Lion for Best Film as well as other official awards.

Director Guillermo del Toro (The Shape of Water, Pan’s Labyrinth, The Devil's Backbone) will be the president of the International Jury of the Competition at the 75th Venice International Film Festival (August 29 – September 8, 2018), which will assign the Golden Lion for Best Film as well as other official awards.

The decision was made by the Board of Directors of the Biennale di Venezia chaired by Paolo Baratta, who embraced the recommendation of the Director of the Venice Film Festival Alberto Barbera.

Upon accepting the proposal, Guillermo del Toro stated: “To serve as president in Venice is an immense honor and responsibility that I accept with respect and gratitude. Venice is a window to world cinema and the opportunity to celebrate its power and cultural relevance.”

Festival Director Alberto Barbera said: “Guillermo Del Toro personifies generosity, a love for movies past or future, and a passion for the kind of cinema that can spark emotions, affect people and, at the same time, make them reflect. By virtue of his lively imagination, uncommon sensitivity and his trust in the power of images, he has brought to life a fantastic universe in which love and fear can coexist, and to treasure diversity is a fundamental value. We are pleased and honored that he has agreed to preside over the Jury of the 75th Venice Film Festival, after having illuminated the previous edition with the dazzling beauty of The Shape of Water. He will be a genial, inquisitive and enthusiastic President.”

Guillermo del Toro participated in the Competition of the recent 74th Venice International Film Festival 2017 with The Shape of Water, which won the Golden Lion for Best Film, awarded by the Jury chaired by Annette Bening. Del Toro participated in the Venice Film Festival for the first time in 1997 with the film Mimic, in the Mezzanotte section. In 2006, he was a member of the Jury for the Luigi de Laurentiis Venice Award for a Debut Film at the 63rd Venice Film Festival.

On the final night (September 8, 2018) of the upcoming 75th Venice Film Festival, the International Jury of Venezia 75, chaired by Guillermo del Toro and composed of nine international celebrities in the spheres of film and culture from different Countries, will assign the following official prizes to the feature-length films in the Competition:

GUILLERMO DEL TORO is among the most creative and visionary artists of his generation whose distinctive style is showcased through his work as a filmmaker, screenwriter, producer and author. Born in Guadalajara, Mexico, del Toro first gained worldwide recognition for the 1993 Mexican-American co-production CRONOS, a supernatural film which he directed from his own screenplay after beginning his career working as a special effects makeup artist. His subsequent films include THE DEVIL’S BACKBONE, HELLBOY, PAN’S LABYRINTH, HELLBOY II: THE GOLDEN ARMY, PACIFIC RIM and CRIMSON PEAK. Del Toro earned international acclaim as the director, writer and producer of the 2006 fantasy drama PAN’S LABYRINTH. He was honored with an Oscar nomination for his original screenplay for the film, which won Academy Awards for Art Direction, Cinematography, and Makeup. In all, the film garnered more than 40 international awards and appeared on more than 35 critics’ lists of the year’s best films. His most recent film, THE SHAPE OF WATER, starring Sally Hawkins, Michael Shannon, Octavia Spencer, Richard Jenkins, Michael Stuhlbarg and Doug Jones, won the prestigious Golden Lion at the 2017 Venice International Film Festival. Among the film's thirteen current Oscar nominations, del Toro is nominated for Best Director, Best Original Screenplay and Best Picture. To date, the film has garnered the following awards and nominations:
Golden Globe for Best Director
Critics’ Choice for Best Film
Critics’ Choice for Best Director
Producers Guild of America Award for Best Film
Directors Guild of America Award for Best Director
14 BAFTA nominations