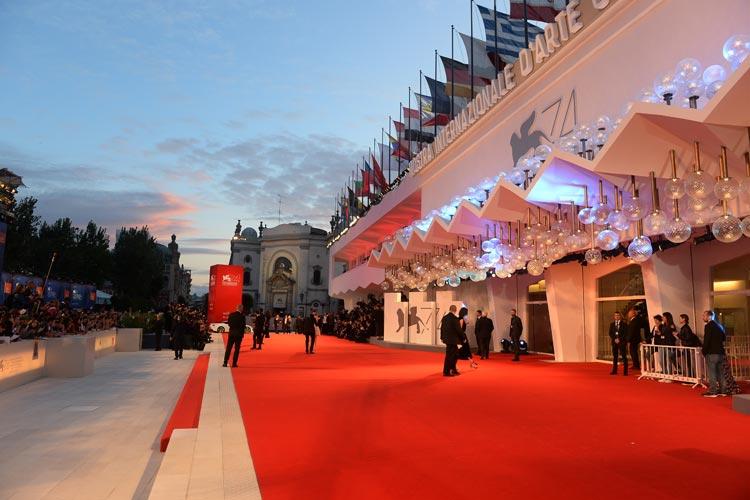 Teams composed of Italian directors and producers may submit their projects until 16 April.

Biennale College – Cinema has now reached its 7th edition: a strategic programme for training new filmmakers from all around the world, which is also operating in the Dance, Music, Theatre departments. Biennale College fosters new talents, allowing them to work in contact with masters in order to develop “creations”.

This is a project of crucial importance, whose primary goal is to supplement the Venice International Film Festival with an advanced training workshop for the development and production of micro-budget audio-visual works, open to teams of directors and producers from around the world.

The challenge is to be able to create – at the end of a year-long series of activities that cover the entire spectrum of filmmaking including the conception, development, production, marketing, audience engagement, sales and distribution of films – up to 3 feature length micro-budget audio-visual works – among which 1 Italian – that will be presented during the Venice International Film Festival and also have an online screening on the “Sala Web”, the virtual theatre added to the traditional theatres that house the screenings for the public and pass holders on the Lido.

An essential element of the initiative is the combination of not only training and production finance but also the screening of the completed film at the Venice International Film Festival giving the selected filmmakers much needed visibility – the lack of which is one of the major problems of today’s independent cinema.

Biennale College – Cinema also aims to advance research on micro-budget productions, which have become, in times of economic crisis, one of the few opportunities that new talents have to make the leap into producing and directing full feature films.

In the course of the first six editions, the first one successfully launched in August 2012, BCC has received more than 1400 applications from all over the world; out of the 63 projects participating in the first development workshops, 32 micro-budget features have been produced: 19 funded by La Biennale di Venezia, each one with € 150.000,00 and premiered at the Venice Film Festival from its 70th edition, 13 produced independently.

The seventh edition follows the scheme established in 2017 launching two different calls, one Italian and one International. The training activities will be in English and both courses will proceed on the same path from October onwards. For each call, Biennale College Cinema is looking for feature-length audio-visual concepts that can be made within € 150.000,00 and could be completed, developed, produced, edited and screened at the Venice International Film Festival in 2019.

For the second year we launch the call specifically dedicated to teams composed of a director and a producer, both Italian.

Once the submission phase is closed (Deadline: 16 April 2018), eight micro-budget Italian projects will be selected and their teams will be invited to participate in a development workshop in Venice, from 9 to 15 July 2018.
During these 5 days, international tutors will mentor the teams supporting them through the creative process.

At the end of the workshop, on receipt of updated materials within half of August, a further selection of 3 projects will be made. These will be invited to participate, along with 9 teams selected through the International Call launched in May, in a 10-day development workshop in Venice, in October 2018.

The announcement of the selected projects for the October training will be made during the 75. Venice International Film Festival; from this moment on the two courses of this sixth edition, BCC-Italia and BCC-International, proceed on the same rail.

The BCC 7 – International call will be open after the Italian one, starting from May and for six weeks until July.

The call is dedicated to teams composed of a director and a producer from all over the world. Biennale College Cinema will select nine international microbudget projects and their teams will be invited to participate, as briefly described above, in a 10 days workshop in Venice.

With the announcement of the 12 projects invited to attend the development workshop in October, in Venice, the paths of the Italian and the international call move forward together.

All films will have to be completed by August 2019 in order to be presented at the 76th Venice International Film Festival.

The call is reserved for Italian teams composed of a director and a producer.

The deadline for submitting projects has been postponed to May 22, 2021.