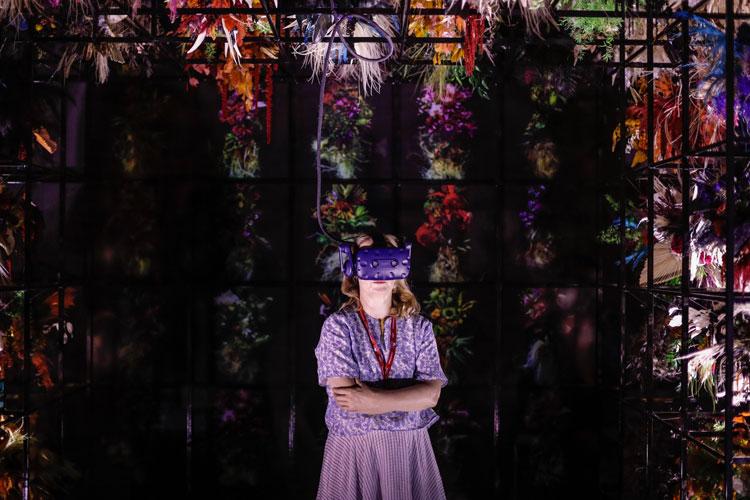 Selection complete for the works of Venice VR Expanded

The selection is now complete for the Virtual Reality works to be presented at the 77th Venice International Film Festival (2 – 12 September 2020) in the section this year titled Venice VR Expanded.

As previously announced, the Virtual Reality works in this edition of the Venice Film  Festival will no longer be shown  in Venice Lido on the island of Lazzaretto Vecchio, but will be available to enjoy entirely online, thanks to an innovative digital platform supported by HTC VIVEPORT, Facebook’s Oculus, VRChat and VRrOOm.

Venice VR Expanded will present 31 immersive projects in Competition, nine projects Out of Competition – Best of VR (International selection of the finest VR works) and four projects developed during the fourth edition of the Biennale College Cinema – VR, or previous editions, one of which, the Italian project Vajont, was supported by a Biennale grant. All 44 projects come from 24 Countries.

The Venice International Film Festival was one of the first  film festivals in the world to demonstrate interest in Virtual Reality. The development of the VR Theater in 2016 sparked enormous interest among the participants of the Venice Production Bridge. Starting in 2017, La Biennale di Venezia launched the first competition of Virtual Reality works in an A-list festival, which was held for three editions, through 2019, in the venue on the island of Lazzaretto Vecchio on the Lido, judged by an International Jury. This year, the exclusively online accessibility of the Venice VR Expanded section represents a new commitment and a new challenge to guarantee that the Venice International Film Festival may continue to offer the experience of the new and rapidly evolving art form that is Virtual Reality.

The accredited viewers of the VIFF will have access to all titles, a special VR Accreditation will also be issued.
All selected VR contents will accessible to viewers 14+.

The Venice VR Expanded platform will also be accessible in different locations around the world, thanks to the availability of different institutions which have joined the Satellite venues network program. The list of Satellite locations will be announced shortly.

The members of the International Jury of Venice VR Expanded are: