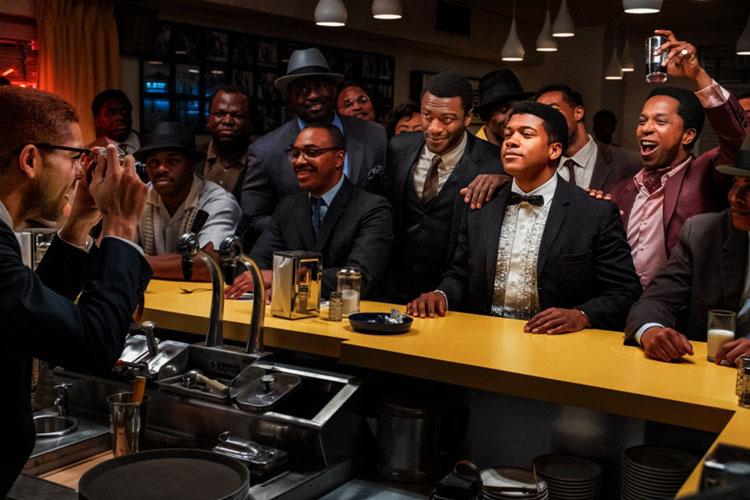 The Human Voice by Pedro Almodóvar and One Night in Miami by Regina King will screen Out of Competition.

Two films Out of Competition

La Biennale di Venezia is pleased to announce the addition of two films, Out of Competition, to the line-up of the 77th Venice International Film Festival directed by Alberto Barbera, and scheduled to take place from September 2 to 12 2020 at the Lido di Venezia.

They are the new film by Pedro Almodóvar, filmed and edited in record time as soon as the lockdown was lifted – The Human Voice, adapted from Jean Cocteau and starring Tilda Swinton – and one film from Hollywood that reinforce the American contingent at the Venice Film Festival, One Night in Miami by Academy Award winner Regina King (If Beale Street could talk), a recent acquisition by Amazon.

Pedro Almodóvar says: “I am very excited about coming back to Venice in such a special year, with Covid 19 as involuntary guest. Everything will be different, and I am looking forward to discovering it in person.
It is an honour to accompany Tilda in a year in which she is receiving a very much deserved award. As a matter of fact, The Human Voice is a festival of Tilda, a display of her infinite and assorted registers as an actress. It’s been a spectacle to direct her.”

“It is an extraordinary pleasure and a great honour,” says Director Alberto Barbera, “to welcome Pedro Almodóvar back to Venice, a year after awarding him the Golden Lion for Lifetime Achievement, with his new film adapted from The Human Voice by Jean Cocteau, starring Tilda Swinton, this year’s winner of the Golden Lion for Lifetime Achievement. This is an exceptional coincidence, in a year that is out of the ordinary: there could be no better way to celebrate, all together, our wish to go back to the movies in the company of one of the greatest of all contemporary directors”.

One Night in Miami director Regina King says: “We are pinching ourselves to have been selected to be a part of the Venice Film Festival - such a prestigious festival.  Excited to announce another step in this film's journey."

With regard to One Night in Miami, Director Alberto Barbera states: “Regina King’s film could not be more in step with the events of recent months and the importance of fighting against every form of racism that continues to prevail in our society. We are delighted that Venice can help to bring to public attention a film that is important for its content and confirms the talent of a great actress in her debut as a director”.

The Human Voice (approximately 30’) is a very free adaptation of the original stage play by Jean Cocteau, with which Pedro Almodóvar has been dreaming of for decades. It tells the story of a desperate woman (Tilda Swinton), who waits for the phone call of the lover who has just abandoned her. It marks Pedro Almodóvar’s first time shooting in English.

El Deseo produced The Human Voice, with José Luis Alcaine as director of photography and Alberto Iglesias as composer.

One Night in Miami

Set on the night of February 25, 1964, the story follows a young Cassius Clay (before he became Muhammad Ali) as he emerges from the Miami Beach Convention Center as the new World Heavyweight Boxing Champion. Against all odds, he defeated Sonny Liston and shocked the sports world. While crowds of people swarm Miami Beach to celebrate the match, Clay - unable to stay on the island because of Jim Crow-era segregation laws - instead spends the night at the Hampton House Motel in one of Miami's historically black neighborhoods, celebrating with three of his closest friends: activist Malcolm X, singer Sam Cooke and football star Jim Brown. The next morning, the four men emerge determined to define a new world for themselves and their people. In One Night in Miami, Kemp Powers explores what happened during these pivotal hours through the dynamic relationship between the four men and the way their friendship, paired with their shared struggles, fueled their path to becoming the civil rights icons they are today.