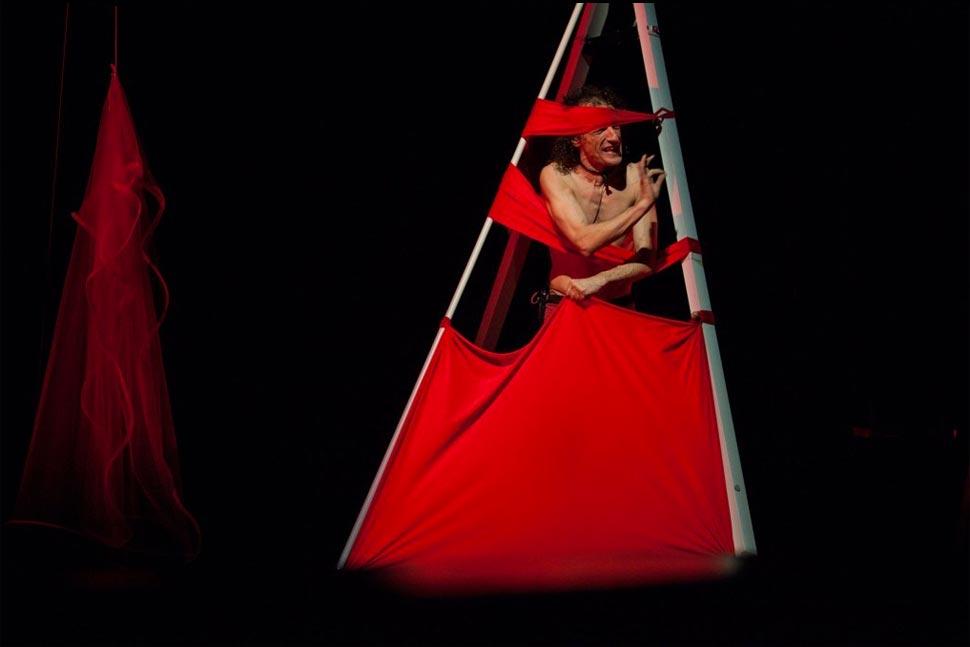 Numerical civilizations compared. The definitive defeat of meaning. Double-digit illnesses that multiply to the point of disconcertion: we are just a few steps from the subtraction that makes us disappear. Oscillations and hesitations in a mobile ideogram.

The end of words. The beginning of a danse macabre. The playmate joins the unwitting eternal child who is forced to concede to a numerical biological reality that inevitably goes there where the vigour of its time demands. Antonio expands, oscillates on the sound sculptures, rocks, jumps, runs.

The use of sound is entrusted to the voice that changes, moans, screams, blows its own horn. With the body in motion, the pronunciation is breathless, the vowel stretches along the abandoned limbs, fatigue digs into the throat and shapes it.

Ropes, nets and laces keep the action going. The game of life is played in an ideogram. The stroke develops triangular volumes and horizontal lines: but only man moves on the vertical. With Antonio Rezza, Ivan Bellavista too is living in this Habitat. The assistant for creation is Massimo Camilli. The lighting design is by Maria Pastore, re-elaborated by Daria Grispino.