followed by:
encounter with Manuela Infante 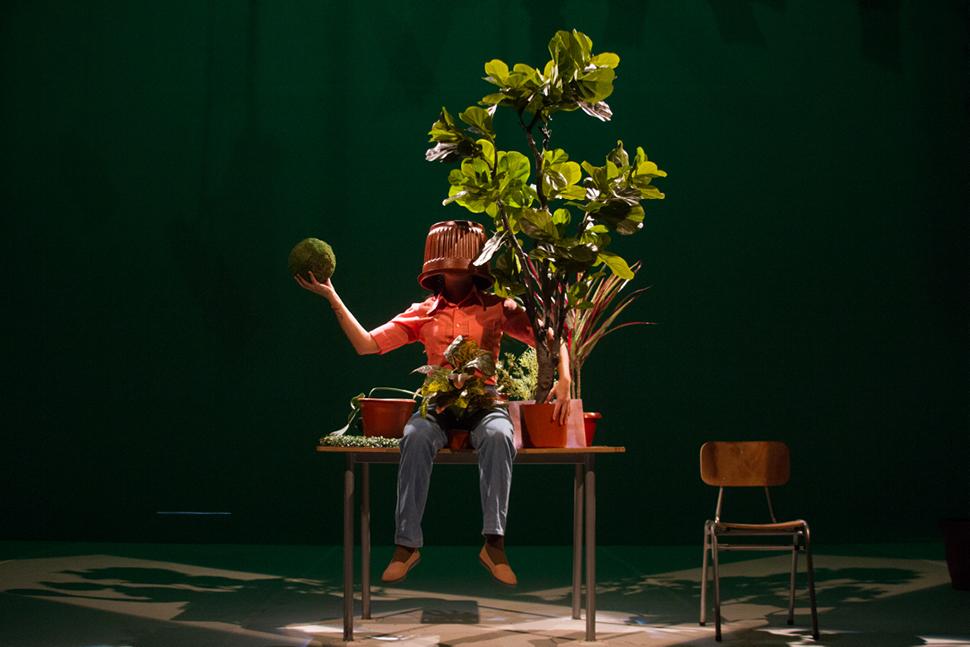 One of the authors who will be staging her own plays at the Festival is Manuela Infante from Chile, a leading South American writer and head of the prestigious Teatro de Chile, as well as a director, whose productions have played throughout Europe and in the United States and whose plays have been translated into English and Italian. Estado Vegetal is a one-woman show inspired by the revolutionary theories on the life and intelligence of plants by philosopher Michael Marder and neurologist Stefano Mancuso.

“The questions here have been: “What would a vegetal theatre look like? What would a form of vegetal storytelling look like? A form of vegetal performing look like?”, and so on.
In Estado Vegetal this results in, to name a few things: a branching narrative structure, a phototropic conception of light design, a polyphonic form of acting that sees the actress as a multiplicity rather than an individual, a modular dramatic text, etc.” (Manuela Infante)