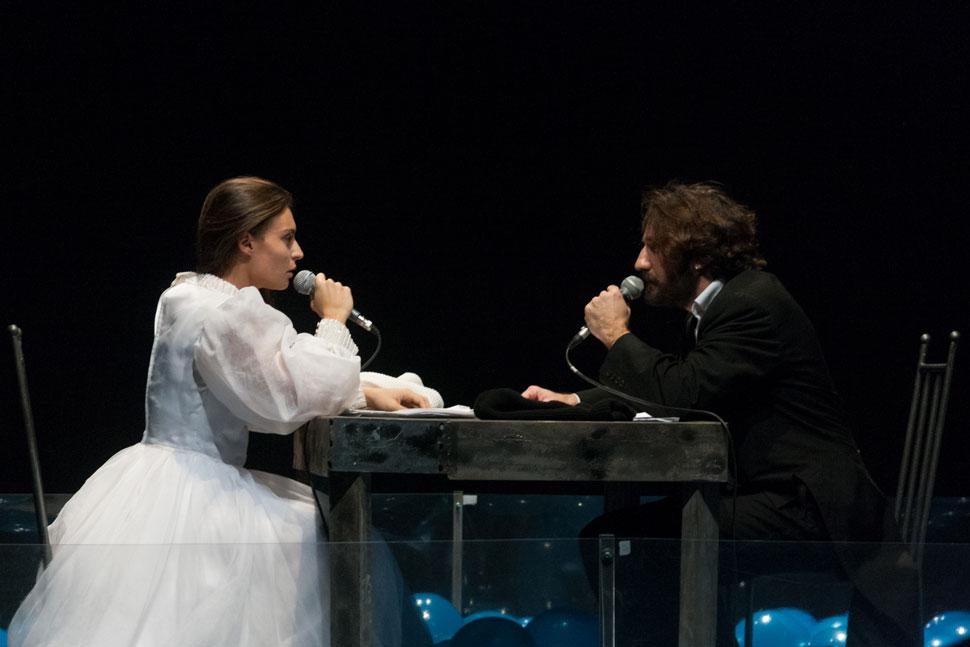 Well appreciated but less familiar to the greater public, the director and author Pino Carbone will present ProgettoDue at the Biennale Teatro 2019, a piece that connects two works distant in time and inspired by fairytales and myth. They are BarbabluGiuditta written with Francesca De Nicolais and PenelopeUlisse with Anna Carla Broegg: two texts that reverse the points of view in the composition (the two authors lend their voices to Bluebeard and Ulysses while the director writes the lines for the female characters) and borrow their dramaturgical structure from melodrama.

“There are four actors on stage: two to tell of the relationship between Bluebeard and Judith, and two to tell of that between Penelope and Ulysses. There is also a fifth: the director, who intervenes, gives directions, comments. He is a constant presence that accompanies, and does not invade. He is the language chosen, which comes to the fore. What remains from the encounter-conflict is the human dimension of the two situations on stage. A setting that looks like us and that we can wear”. (Pino Carbone)