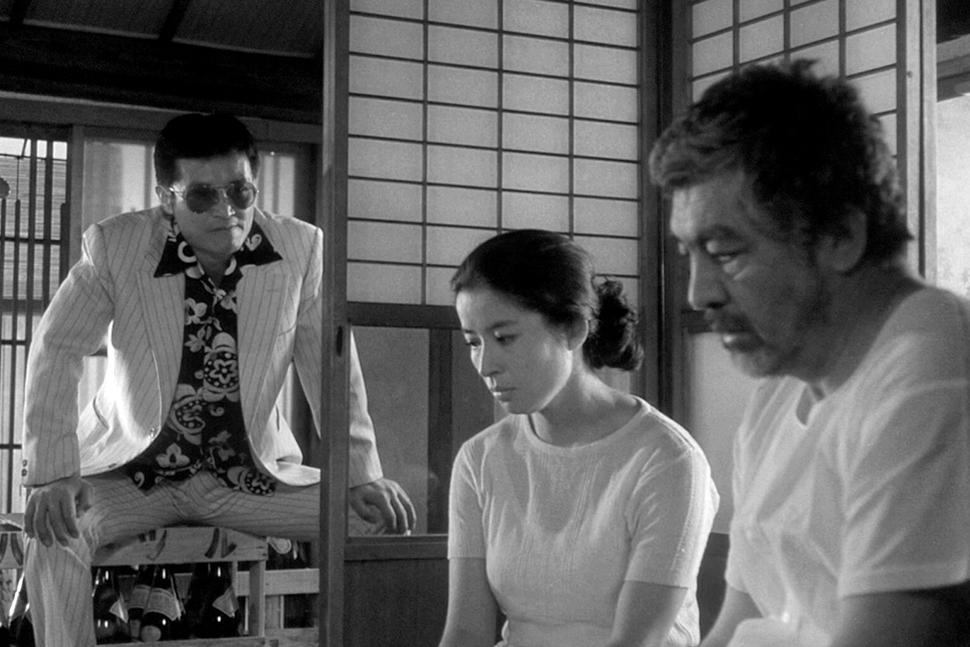 «Fukushû suru wa ware ni ari was based on a contemporary urban myth: that of the master criminal who violates all the laws of society with impunity, stealing, seducing, swindling, and killing his way across the country until, to put the necessary limit on this dangerous fantasy, he is caught. Based on a true story, by way of a novel by Ryuzo Saki, the film follows Iwao Enokizu (Ken Ogata) through the course of a 78-day crime spree, beginning with the brutal hammer murder of a utilities repairman (filmed in the most harrowing way imaginable: a neutral, Hawksian medium-long shot) and ending with the strangulation of his mistress, who offers herself as a willing victim while they are making love. […] Enokizu adopts a series of identities as masks to cover his personal emptiness. There is nothing in him but the restless urge to run and destroy; when he finds his own island haven, in the form of the back-street inn where his mistress works, he is compelled to destroy it too. […] But it is Shohei Imamura’s ultimate refusal to either despise or forgive his protagonist that makes Fukushû suru wa ware ni ari a devastating experience. Like Sadako [in Imamura’s Intentions of Murder (1964), Enokizu is beyond judgment: He is a force in the world, a fact». (Dave Kehr)