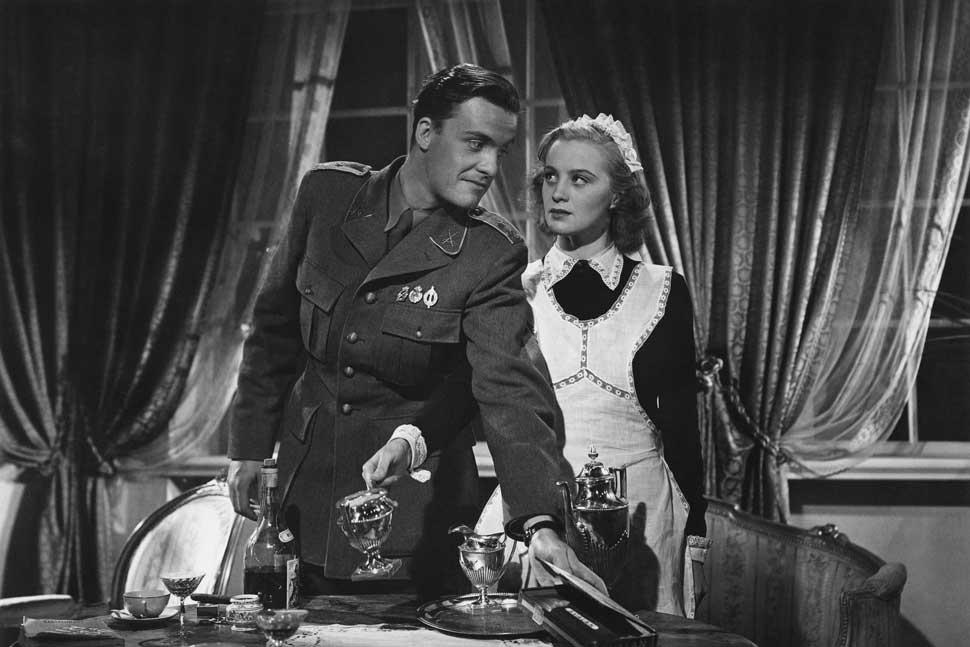 “A moving melodrama adapted from the novel by Olle Hedberg (with screenplay by the director himself) in which Sjöberg works with the same couple of actors as in Torment and attacks the bigoted narrow-minded mentality of the Swedish family […].But the critical view of the institutions merges here with heart-wrenching nostalgia and an ill-defined urge to escape […] perfectly represented in the scene in which the two lovers, after crying together at the screening of Waterloo Bridge, stop on a bridge and allow their gaze to scrutinize the darkness of the night as a ship silently sails across the shimmering waters of the port of Stockholm”. (Paolo Mereghetti)

“I trust that Iris och löjtnanshjärta, unfamiliar to most, may appear to many of us as a true masterpiece of the Forties, and provoke a general sense of cinephile shame for it not being more renowned. It is a drama of the rich, with a focused and caring eye towards those more fragile in the midst of so many stone hearts: the wounded children of the “lower” classes. […].  Alf Sjöberg’s modernist style (1903-1980) has been described as a traumatic and explosive conflict of disparate elements. But the film also shows us something that is the exact opposite: the fabulous shimmering of a romantic image impossible to achieve. While at the time the film may have been viewed as a premonition of the future of cinema, today that is truer than ever”. (Peter Von Bagh)