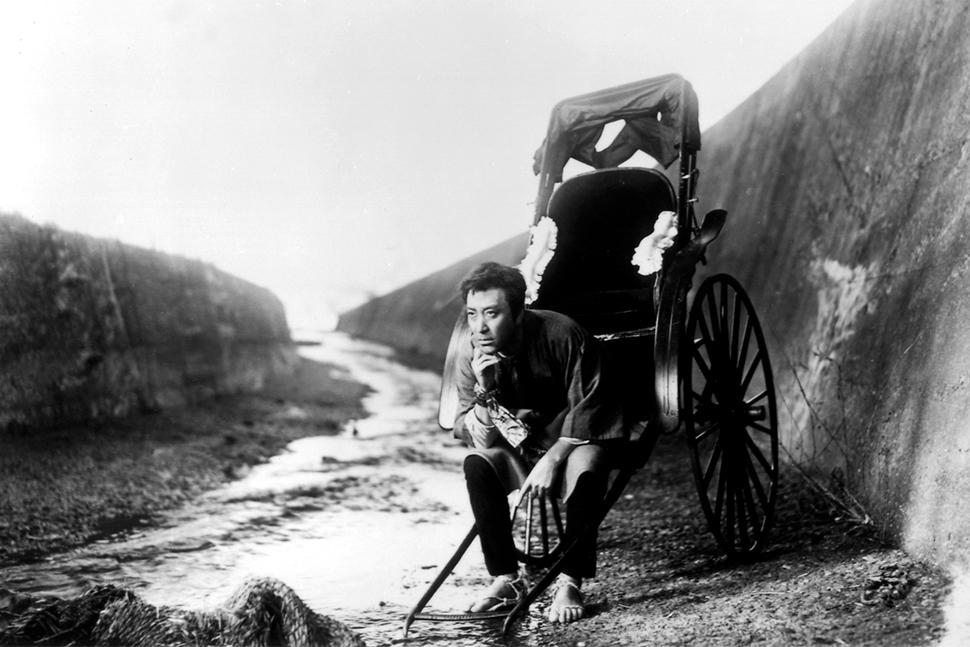 «A film portrait: the flashbacks and sequences that take place in the present time, situated on the same plane, reveal the different facets of various aspects of the personality of Matsugoro, "the Rebel", an almost legendary figure for the Japanese lower classes. In his modest condition, Matsugoro embodies the eternal features of the national character: surly pride, courage, self-denial, loyalty to tradition, respect for the moral code of the time which can lead to self-sacrifice. Rather than for certain formally sophisticated elements (the connection between the sequences and the passing of time marked by the leitmotif of the spinning rickshaw wheel), the film is particularly noteworthy for its spontaneity, its freshness, its bonhomie». (Jacques Lourcelles)