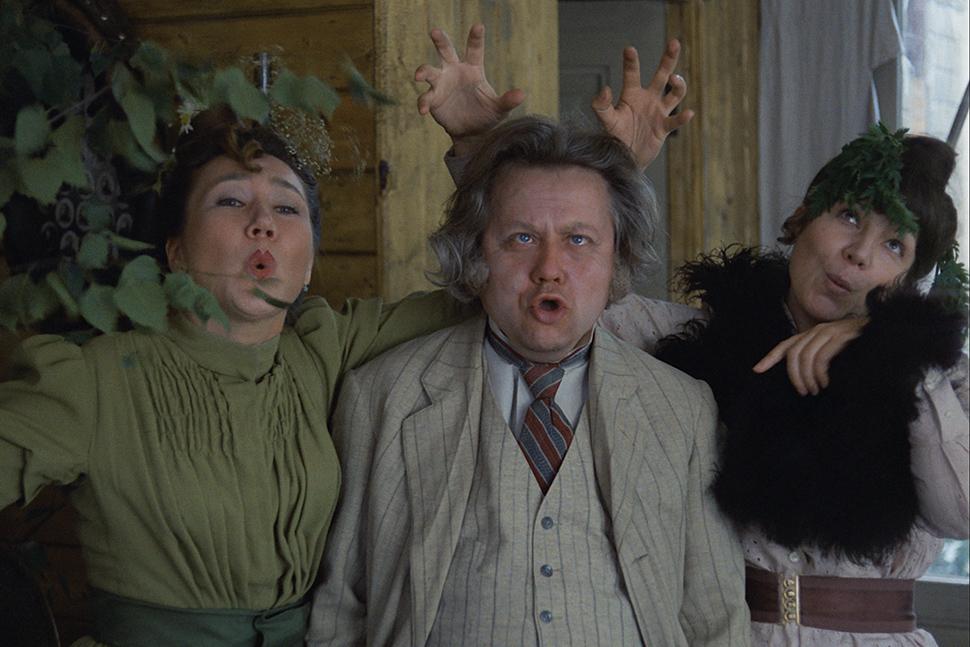 «Mikhalkov based this Chekhovian film on the play Platonov, a comedy the playwright wrote when he was seventeen years old. The beginning, even if well directed, is a bit boring: once again a Soviet filmmaker masterfully copies a Russian classic. For what reason? But it quickly breaks free, the theatre disappears, Tsarist society poses in all its splendour, its rifts, vanities and doubts, and as may well be expected in Chekhov, in the dark forebodings about its transience. That a muzhik can play a piano is a scandalous event, almost a revolution. But it was only a mechanical piano, The nobility and the bourgeoisie are perfectly balanced between yes and no, between that which denies their very existence and that which – at least for the moment – reassures them, confirming their supremacy». (Barthélémy Amengual)