Republic of Uzbekistan: CHAPTER FOUR - Coders and Weavers: on the Interlaced Histories of Computers and Cloth

When it was invented in 1804, the Jacquard loom was hailed as a revolution: it caused the cost of fashionable, highly sought-after patterned cloth to plummet. Thanks to the ability to be “programmed” through an innovative system of punch-cards, patterned textiles became affordable to a far wider market of consumers.
The history of fabrics and of computing are deeply intertwined. Computing pioneer Ada Lovelace is famously quoted as saying that the Analytical Engine - an early prototype of the computer - "weaves algebraic patterns, just as the Jacquard loom weaves flowers and leaves.” The design and production of textiles require the precise manipulation of large amounts of numerical data, which is perhaps the reason it was one of the first fields to be partially automated.
At the same time, the history of textiles is also the history of humanity’s social and political development - from the birth of the Silk Road and its influence on Eurasian commerce and culture, to the Luddite destruction of looms out of fear of automation. This conversation will unpick the stories embedded in silk textiles, fabrics, handwoven ikats, Soviet fabric factories and contemporary digital looms, examining the ways in which artists, designers and coders are all connected by seemingly new but factually ancient ideas.

Speakers:
Amandine David (Belgium. Designer & Researcher)
Amadine David aims to research the historical and cultural origins of weaving patterns to instill new meanings into coding language and computer assisted fabrication techniques, such as 3D-printing. As 3D-printing technology spreads rapidly and uniformly around the world, it is often perceived as a global tool both colonizing and excluding means of production from local communities, erasing identities. Could we shift the perception of this technology by linking it with craft techniques such as weaving? Weaving code aims to link the cultural meaning and mathematical aesthetics of computer assisted creation. By linking the stories embedded in weaving patterns with programmable content, it offers alternative interpretations of technology at large.

Maya Christodoulaki TBC (Austria. Architect and external lecturer at the Institute of Architectural Theory at the University of Innsbruck, Austria)
Contributor to Dixit Algorizmi - The Garden of Knowledge catalog with text : the canvassed opinions of Frankenstein 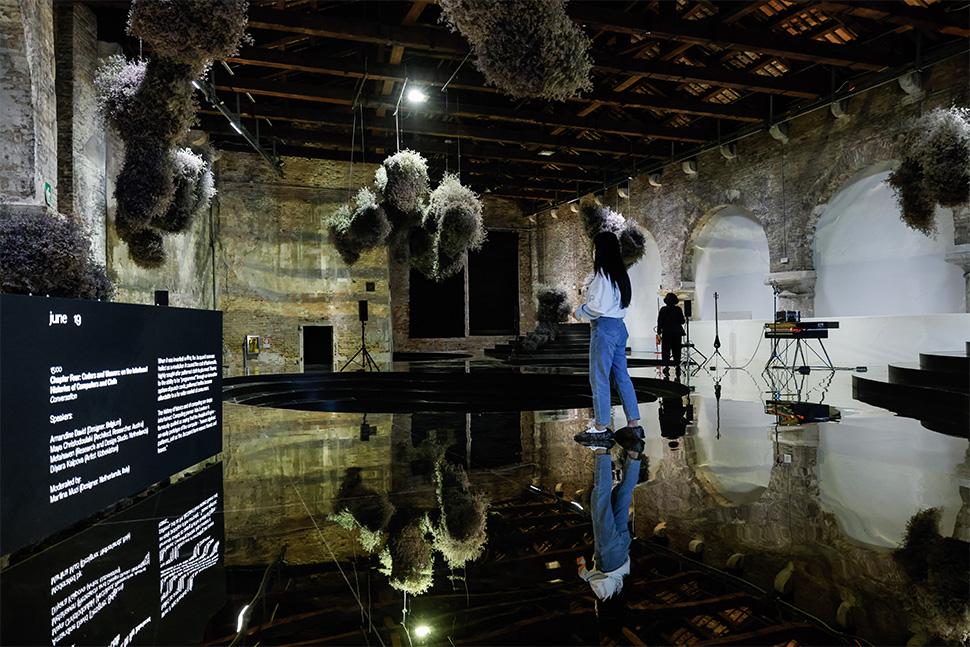