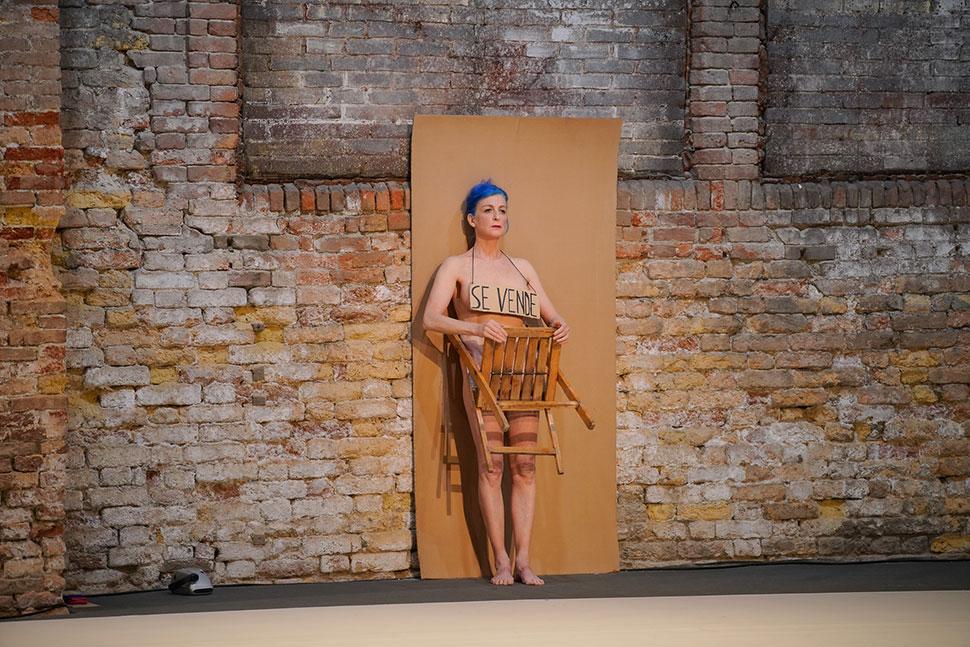 Más distinguidas, the second series of the Piezas distinguidas by La Ribot, opens the 14th International Festival of Contemporary Dance on October 13th at the Teatro alle Tese (8 pm), in place of the anthological series Panoramix, also conceived and performed by La Ribot, which had been scheduled originally.

Más distinguidas, which gathers 13 of the Piezas distinguidas – short, dazzling performances which brought fame to La Ribot, the Golden Lion for Lifetime Achievement at this year’s Festival ­– was conceived to be performed on stage, in front of the audience: this makes it a production that is safe for the public, which may thus attend in greater number, compared to Panoramix, the travelling version of the Piezas distinguidas.

“I have always been convinced that artworks must have the intent to be a ‘Manifesto’. My works harbour a profound desire to revolutionize the vision of dance and its position within the arts; to compact the choreographic and visual aspects into one, to change the spectator and include him in the work. Dance does not have a possible narrative; it is poetry, it is silence and concentration. Its territory expands, but that does not make it easy to apprehend”.