From the beginnings until the Second World War

The first International Art Exhibition of the City of Venice, the Pro Arte Pavilion and the construction of the National Pavilions, the creation of the Film Festival.

Following the outbreak of hostilities during the Second World War, the activities of the Biennale were interrupted in September 1942. The last edition of the Art Exhibition took place in 1942 to resume only in 1948. In September 1943, Cinecittà installed itself in the Giardini di Castello, using the pavilions as studios (Cinevillaggio), and remained there until April 1945. The Film Festival was suspended between 1943 and 1945, and restarted in 1946 (Jean Renoir's The Southerner was voted best film by a jury of journalists). Music and Theatre were resumed in 1947.

On 10th August, the Palazzo del Cinema was opened at the Lido di Venezia (it would be enlarged in 1952). The Palazzo del Casinò was built the following year.

The Festival Internazionale del Teatro di Prosa (International Theatre Festival) was held for the first time (after 1936 it became an annual event).

The Film Festival appeared for the first time: the first edition of the Esposizione internazionale d'arte cinematografica (International exhibition of cinematographic art) was held between 6th and 21st August on the terraces of the Hotel Excelsior. No prizes were planned but a poll was held. From 1935, the Festival became annual. Amongst the pre-war films that won awards were Clarence Brown's Anna Karenina, Luis Trenker's Der Kaiser von Kalifornien, Carnet du bal by Julien Duvivier and Olympia by Leni Riefenstahl. The facade of the Italian Pavilion was renewed. In 1932 and 1934, two poetry conventions were organised by the Biennale.

The Biennale was transformed into an Ente Autonomo (Autonomous Board) by Royal Decree with law no. 33 of 13-1-1930. The forms of financing and the board's articles of association were established by a decree of 1931. With this transformation, the Biennale passed from the control of the Venice City Council to that of the Italian fascist state. Thanks to increased funds and the impulse provided by its president, count Giuseppe Volpi di Misurata, new events were set up (Music, Cinema, and Theatre) and the Biennale took on the multidisciplinary character that it has to this day. This year saw the first International Festival of Contemporary Music, taking place initially every two years, and then, from 1937, annually. Over the years, it would see premieres of international quality, with works by Stravinsky, Britten, and Prokofiev. The pavilion of the United States of America was built in the Giardini.

Pica found an independent location for the Biennale head office in a ground-floor warehouse of Palazzo Ducale.

The first retrospective of Modigliani was held, as well as an exhibition of sculpture by African artists. These selections caused some criticism and diffidence, and in order to restrict the "boldness" of Pica, the town council set up an Administrative Board to work alongside him (in part a board of directors, in part a controller of the cultural selections), which initially comprised 7 members (these became 8 in 1924, 13 in 1926 and 9 in 1928; the Board was dissolved in 1930).

For the first time, the post of mayor of Venice and president of the Biennale was split: the government commissioner, Nunzio Vitelli, appointed Giovanni Bordiga as president, whilst the new secretary general was Vittorio Pica. This marked the first presence of avant-garde art at the Biennale (Impressionists, Post-impressionists, Die Brücke). These were promoted by Pica, who had been interested in the Impressionists since 1908.

The facade of the Pro Arte Pavilion was restored. With the inauguration of the Russian pavilion, the number of national pavilions in the Giardini other than the Italian Pavilion rose to seven: those of Belgium (1907), Hungary (1909), Germany (1909), Great Britain (1909), France (1912), and Russia (1914). Between 1916 and 1918, the Biennale was cancelled because of the First World War.

On 8th July, futurist poet Marinetti arranged a drop of anti-Biennale leaflets in St. Mark's Square. The first names of international repute appeared on show, with one room dedicated to Klimt, a one-man show for Renoir, and a retrospective dedicated to Courbet. Fradeletto had a work by Picasso removed from the Spanish salon in the central Palazzo, fearing that its novelty might shock the public. The Spanish artist had his first work exhibited at the Biennale only in 1948.

On 18th May, the new Modern Art Gallery opened at Ca' Pesaro, thanks to a bequest from duchess Bevilacqua-La Masa. Its management was left to the Biennale's secretariat.

During the winter of 1894-1895, work continued on the construction of the Palazzo dell'Esposizione (Exhibition venue) in the Giardini di Castello. The design was by the Council's architect, Enrico Trevisanato, and the neoclassical facade by Venetian artist, Marius De Maria. Its name was initially "Pro Arte" and was subsequently changed to "Italia". On 30th April, the I Esposizione Internazionale d'Arte della Città di Venezia (1st International Art Exhibition of the City of Venice) was opened in the presence of the King and Queen, Umberto I and Margherita di Savoia. The exhibition met with great public acclaim (224,000 visitors).

In the council meeting of 30th March, the first decisions were taken: to adopt a 'by invitation' system; to reserve a section of the Exhibition for foreign artists too; to admit works by uninvited Italian artists, as selected by a jury. On 6th April, Mayor Selvatico announced the first Exhibition for the following year. On 10th April, economist and scholar Antonio Fradeletto was nominated Secretary general. The place of work was the little Council library.

Headed by its mayor, Riccardo Selvatico, the Venetian City Council passed a resolution on 19th April to set up an Esposizione biennale artistica nazionale (biennial exhibition of Italian art), to be inaugurated on 22nd April 1894. 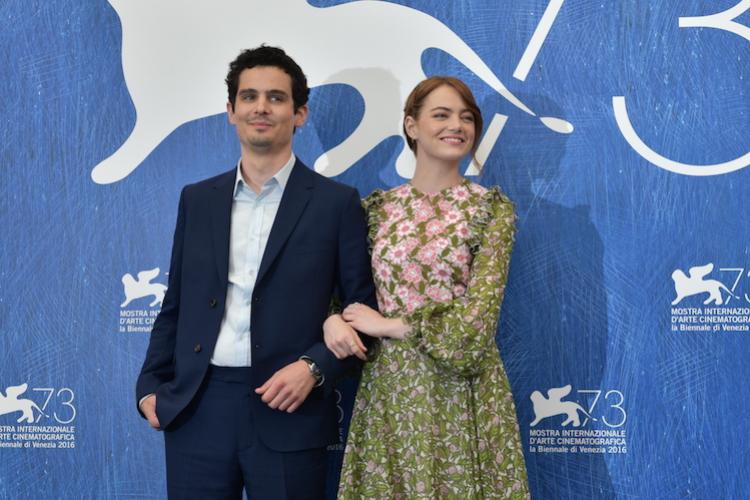 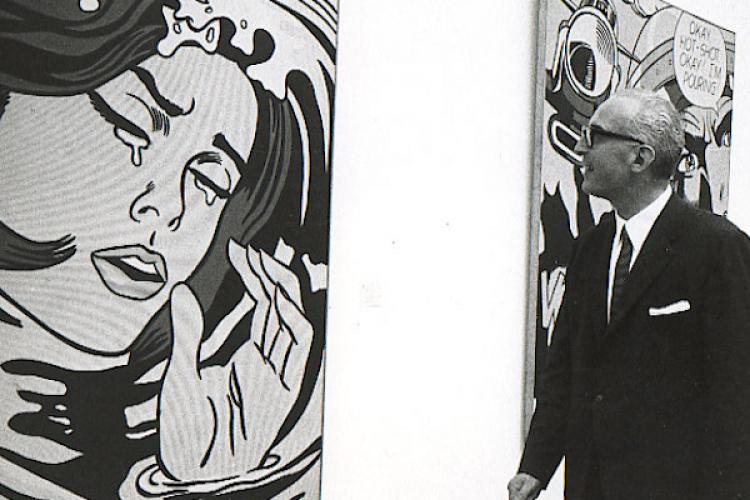