Focus on the Cello - Séverine Ballon

The theme of “augmented” instruments and “extended” techniques is a very topical one. Cellists Michele Marco Rossi, Séverine Ballon and Arne Deforce present different approaches to the question in programmes that not only include many world and Italian premiere performances, but also introduce us into a world of sound that transfigures the familiar sound of the cello, an instrument that is a symbol of our western tradition, and into a universe of new acoustic dimensions and creative directions that are astonishingly innovative and original.
All in one day, during which the focus on this theme is offered to the attention of an audience prepared to orient itself within a multifaceted dimension that offers a comparative platform to help explore the new frontiers in the performance practices of our time. 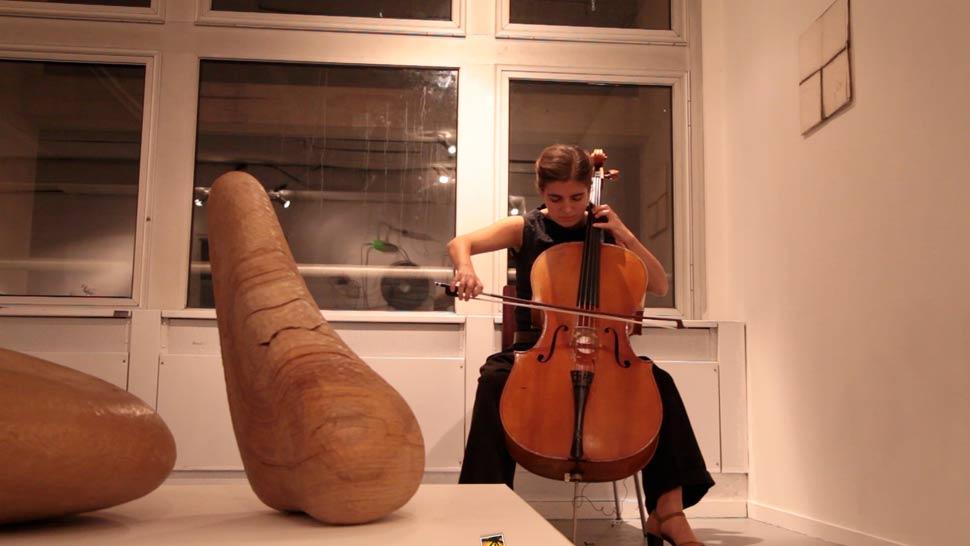 Séverine Ballon presents a richly diversified programme of Italian premiere performances: it alternates the acoustic lacerations of Thierry Blondeau and especially of Franck Bedrossian – whose work concentrates on controlling the sound from the moment it is emitted until it dies, on its distortion and its physical impact – with the suggestive calligraphic lacework of Rebecca Saunders (Solitude is the eloquent title of her work), Chaya Czernowin (the version of Adiantum Capillus-Veneris I is a transcription from the voice) and Liza Lim (the particularity of her piece is the preparation of the cello which is connected to a violin): three of the most original female figures in contemporary music, each with their own specific artistic personality.