The theme of “augmented” instruments and “extended” techniques is a very topical one. Cellists Michele Marco Rossi, Séverine Ballon and Arne Deforce present different approaches to the question in programmes that not only include many world and Italian premiere performances, but also introduce us into a world of sound that transfigures the familiar sound of the cello, an instrument that is a symbol of our western tradition, and into a universe of new acoustic dimensions and creative directions that are astonishingly innovative and original.
All in one day, during which the focus on this theme is offered to the attention of an audience prepared to orient itself within a multifaceted dimension that offers a comparative platform to help explore the new frontiers in the performance practices of our time. 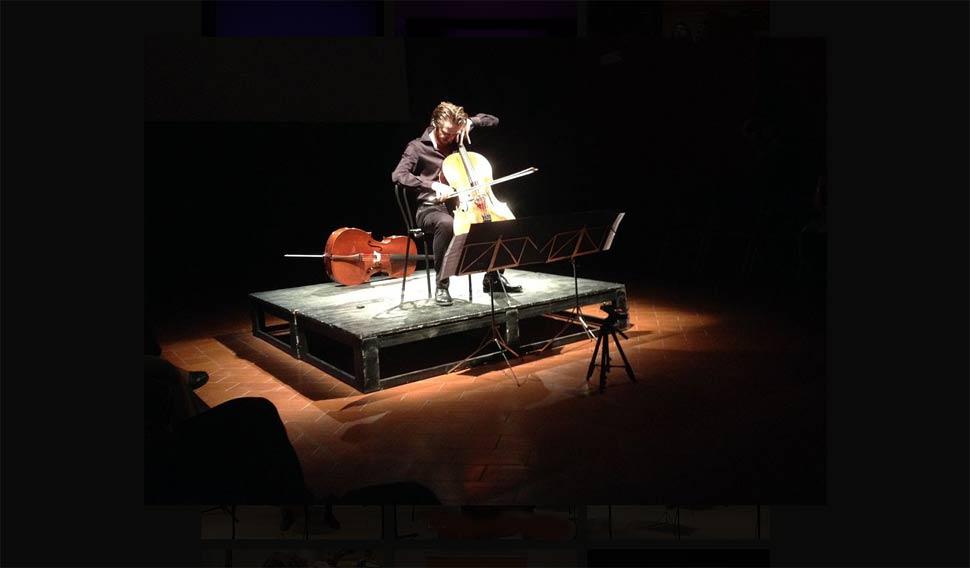 The programme presented by Michele Marco Rossi highlights several different aspects in the practice of “augmenting” instruments: from the Dyonisian fury and volumetric concreteness of Kottos by Xenakis on the cello “beaten” with ritual overtones by Arturo Fuentes, through the fibrillating composition of Gabriele Cosmi, who in each movement of his piece Musica per violoncello ed elettronica, written in the form of a suite, addresses the potential relation between the acoustic instrument and the electronic device, and ending with the theatrical dimension in the work of Sofia Avramidou and Lucia Ronchetti. In Légende St. Martin by Sofia Avramidou, based on the monologue Je l’ai perdue by Jean Cocteau, the performer’s voice interacts continuously with the instrument, while in Forward and downward, turning neither to the left nor to the right, Lucia Ronchetti reinterprets the myth of Theseus and Ariadne within a framework that includes every element of the stage, and not only the musician, as a participant in each new action.