Award Ceremony for the Silver Lion

Fujikura’s music is extremely mobile, inventive and surprising. He catches the listener off guard with each unpredictable moment of his musical discourse, though it is founded on a formal logic that is extremely clear and original. Malika Kishino is a very refined artist, an expert in blending the archaic sound of traditional instruments with that of modern instruments. The same is true of Guo Wenjing, whose stature and profound thinking reach the audience with astounding ease and fascination. 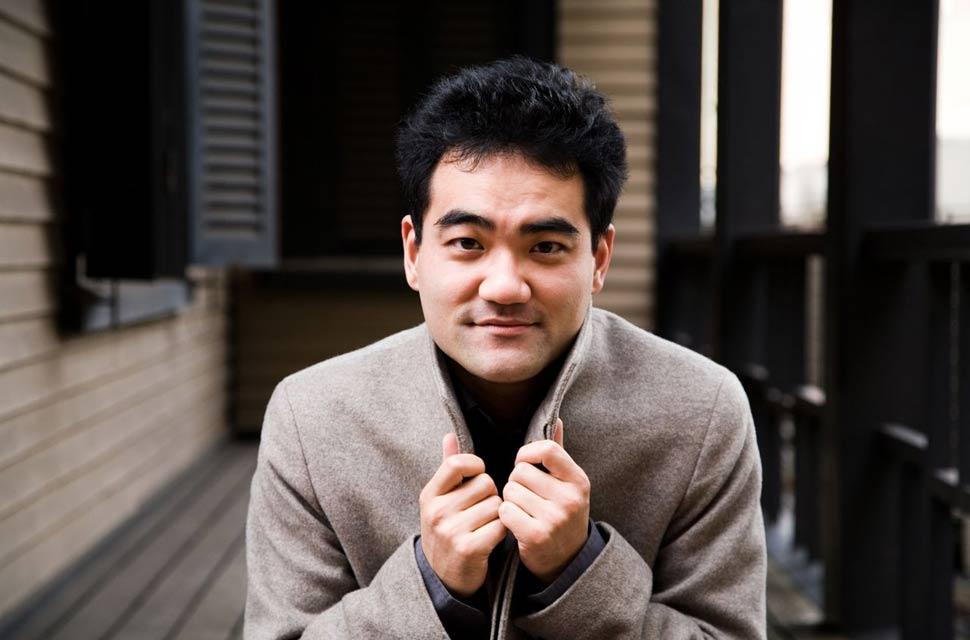 In the Horn Concerto n.2 Fujikura continues the work he began with Nobuaki Fukukawa in Poyopoyo (2012), experimenting with the horn to achieve soft and velvety poetic expressions and sounds antithetical to the traditional, virile and bombastic language of this instrument, using a special harmon mute for this purpose. The first part of the concerto is followed by a cadenza, in which the horn plays something other than itself as conceived by both European and Japanese culture.
A source of inspiration for the Concerto for koto (2013) by Malika Kishino, was Japanese garden art, which like the art of musical composition can create a deep inner universe. The division into five parts delineates a flexible curve of energy that culminates in a peaceful state of sublimation at the end, while the instrumentation is treated on three levels, identified respectively by the koto (the soloist who presents the materials and the musical gestures), by the piano and the harp (which echo the soloist and also serve as a bridge between these instruments and the orchestra), and finally the orchestra (understood as a single mega-instrument).
Shèxi is a Chinese word that refers to the typical theatre performed at village festivals in the Sichuan region, in southeast China, where Guo Wenjing was born. The concerto for violin is divided into two highly contrasting movements: one gloomy and dark, the other light and luminous; one evoking inhospitable mountains, the other lively marketplaces; one female, one male. To say it in terms that are perfectly Chinese, one yin and the other yang.

The Silver Lion for upcoming new talents has been awarded this year to the young japanese composer Dai Fujikura (born in Osaka, but a resident of london since childhood), the world premiere of the complete version of his Horn Concerto n.2 will be heard in a concert featuring the Orchestra di Padova e del Veneto conducted by Yoichi Sugiyama. Fujikura is a remarkably versatile composer open to the most diverse sources of inspiration and to interaction with other forms of artistic expression. He has written operas, works for orchestra, ensembles, chamber music and film sound-tracks, and he is very interested in the connections with the most experimental improvisation, jazz and pop music.