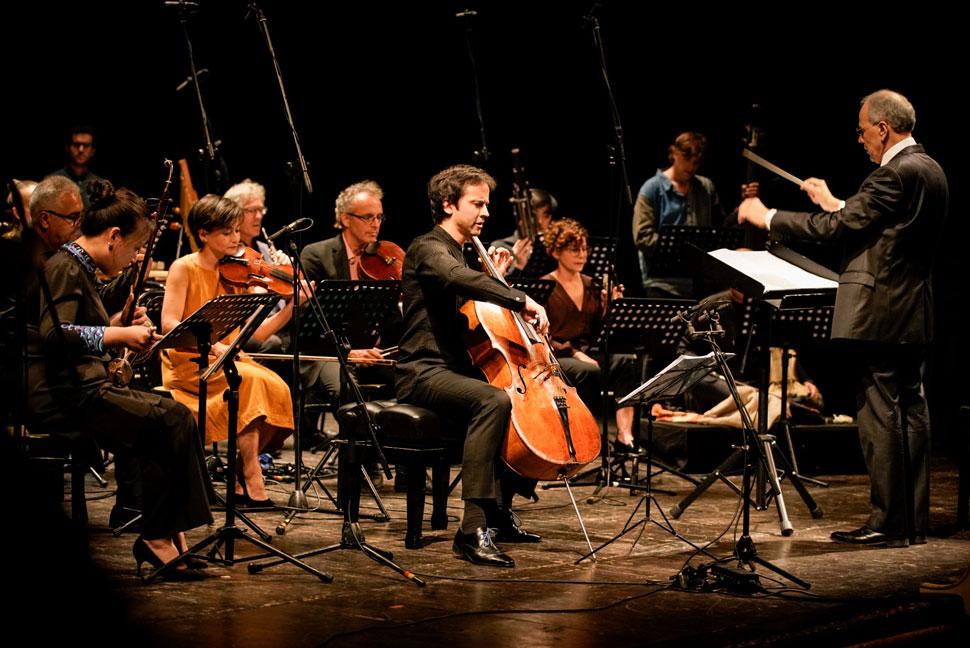 There are interconnections between instruments that are distant in time and space but come together to reinvent music, as in Nomaden, the work of Dutch composer currently living in Amsterdam Joël Bons, who won the Grawemeyer Music Award, the Nobel prize of music, in 2019. Composed for the great cellist Jean-Guihen Queyras and the Atlas Ensemble, which gathers 18 musicians from China, Japan, the Middle East, Central Asia and Europe, Nomaden incorporates a wide range of instruments –from the Azerbaijani kamancha and tar, the Chinese sheng, the Japanese sho and the Turkish kemençe– and their palette of timbres, unfamiliar to most. For Bons, who conceives art as an intercultural creation, this work represents the end of a 14-year journey exploring these possibilities with the Atlas Ensemble, which he founded.

“Nomaden is like a journey: the protagonist – cellist Jean-Guihen Queyras – “meets” musicians from different traditions and engages in dialogue with them. It is not a concerto for cello solo and ensemble as such, but rather a concertante work for cello and soloists from other cultures. Two types of musical material run like a thread through the whole work, providing a backbone. The first is the Nomad-music which, always based on the same basic material, is presented each time in a different light. The second is the so called “passages”: static episodes on one or two tones (or a chord) that explore the timbres of the instruments and serve as bridges between the various “main” pieces – the “encounters” between the cello and the instruments from other cultures”. (Joël Bons)