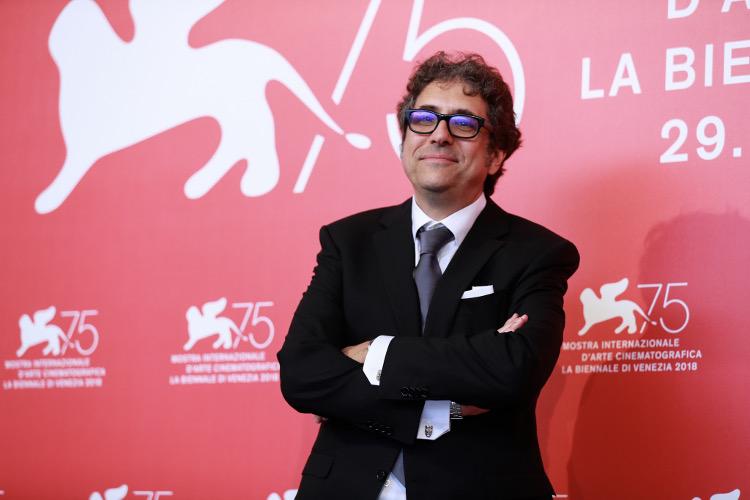 The award ceremony will take place on Friday August 31st at 2:15 pm in the Sala Grande (Palazzo del Cinema).

Murawski’s latest work, the reconstruction of Orson Welles’ legendary The Other Side of the Wind, will be presented Out of Competition as a world premiere after the award ceremony.

La Biennale di Venezia and Campari are pleased to announce that American film editor Bob Murawski (The Hurt Locker, Spider-Man, Army of Darkness) is the winner of the new Campari Passion for Film award of the 75th Venice International Film Festival. The award promotes the extraordinary contribution made by the director’s closest collaborators to the artistic vision of each film. Only occasionally do the contributions of directors of photography, editors, composers, production designers, and costume designers receive proper recognition for their work, which is often decisive to the quality of the final result. Passion for Film awards each of these figures in turn, not just as artisans but as artists and co-authors of the works to which they dedicate their invaluable talent.

The award ceremony for Bob Murawski will take place on Friday August 31stat 2:15 pm in the Sala Grande (Palazzo del Cinema), before the Out of Competition World Premiere screening of his latest work, Orson Welles’ The Other Side of the Wind. Murawski edited the reconstruction of Welles’ legendary unfinished film, which Netflix is releasing this Fall.

The 75th Venice International Film Festival will be held on the Lido from August 29th to September 8th 2018, directed by Alberto Barbera and organized by the Biennale chaired by Paolo Baratta.

Alberto Barbera declared: “The first edition of the Campari Passion for Film Award, which promotes the contribution made by the director’s closest collaborators to the artistic vision of each film, could only go to Bob Murawski. His ability to establish a creative relationship with numerous directors, right as filming begins, as with Sam Raimi; his passion for genre cinema, which inspired him to cofound a company which restores and distributes cult movies, above all horror films; a work method which permits him to successfully sort out hundreds of hours of footage, as in the case of The Hurt Locker by Kathryn Bigelow, for which he received an Oscar; and finally, his incredible work on an enormous quantity of 35mm, 16mm, and 8mm film which gave rise to the masterful reconstruction of Orson Welles’ unfinished movie, The Other Side of the Wind. All this is confirmation of the extraordinary talent of Murawski, a brilliant film editor whose work has become the manifestation of his authentic and original creative talent.”

“We are very proud to land for the first time at Venice as the main sponsor and to have the opportunity to establish, together with the Artistic Director of the Festival, the new award Passion for Film - states Lorenzo Sironi, Senior Marketing Director of Campari Group Italy. Following the common theme regarding everything that originates from passion, a theme that has always been inextricably linked to Campari, the award aims to sustain and enhance the work of all those who, with the greatest artistic and technical skill contribute each day to making cinematographic art excellent, giving such crucial importance to every single creative phase that leads to the completion of a film - because nothing is created without passion, the same passion that has always accompanied every Campari moment”.

The Other Side of the Wind

In 1970, legendary director Orson Welles (Citizen Kane) began filming what would ultimately be his final cinematic opus with a cast of luminaries that included John Huston, Peter Bogdanovich, Susan Strasberg and Welles’s partner during his later years, Oja Kodar. Beset by financial issues, the production ultimately stretched to 1976 and soon gained industry-wide notoriety, never to be completed or released. More than a thousand reels of film languished in a Paris vault until March 2017, when producers Frank Marshall (who served as a production manager on Wind during in its initial shooting) and Filip Jan Rymsza spearheaded efforts to have Welles’s vision completed more than 30 years after his death.

Featuring a new score by Oscar-winning composer Michel Legrand (The Umbrellas of Cherbourg) and assembled by a technical team including Oscar-winning editor Bob Murawski (The Hurt Locker), The Other Side of the Wind tells the story of famed filmmaker J.J. “Jake” Hannaford (Huston), who returns to Hollywood after years in self-exile in Europe with plans to complete work on his own innovative comeback movie. A satire of the classic studio system as well as the new establishment who were shaking things up at the time, Welles’s final film is both a fascinating time capsule of a now-distant era in moviemaking as well as the long-awaited “new” work from an indisputable master of his craft.

Bob Murawski is an Academy Award-winning film editor, known for his longtime collaboration with Sam Raimi on ARMY OF DARKNESS, THE GIFT, SPIDER-MAN 1, 2 and 3, DRAG ME TO HELL and OZ THE GREAT AND POWERFUL.

In addition to his work with Raimi, Murawski won acclaim for his editing on Kathryn Bigelow’s 2009 Best Picture Academy Award winner THE HURT LOCKER, for which he took home the coveted Oscar (shared with frequent co-editor and wife, Chris Innis) as well as the American Cinema Editors (ACE) award, England’s BAFTA prize, and a slew of national film critics awards and nominations. Other credits include GODZILLA: KING OF THE MONSTERS, KONG: SKULL ISLAND, John Woo's HARD TARGET, Hammer Films' THE RESIDENT, and music videos for THE RAMONES and MOTORHEAD.

Outside of the editing room, Murawski operates Grindhouse Releasing, a Hollywood-based distribution company dedicated to the restoration and preservation of classic cult  films. Founded in 1996, Grindhouse has produced critically acclaimed deluxe edition DVDs and Blu-rays of such films as the notorious CANNIBAL HOLOCAUST, Lucio Fulci's Italian horror masterpiece THE BEYOND,  the 1971 drive-in theater epic I DRINK YOUR BLOOD, and the late-sixties Burt Lancaster classic THE SWIMMER, which was awarded the Best Blu-ray of 2014 by the International Press Academy. Grindhouse Releasing is also committed to theatrical distribution. The company recently presented the premiere theatrical release of Duke Mitchell's previously unfinished 1976 crime saga GONE WITH THE POPE, and the restoration and re-release of the original EVIL DEAD, presented in glorious 35mm in theaters throughout the world.