Not suitable for young audience 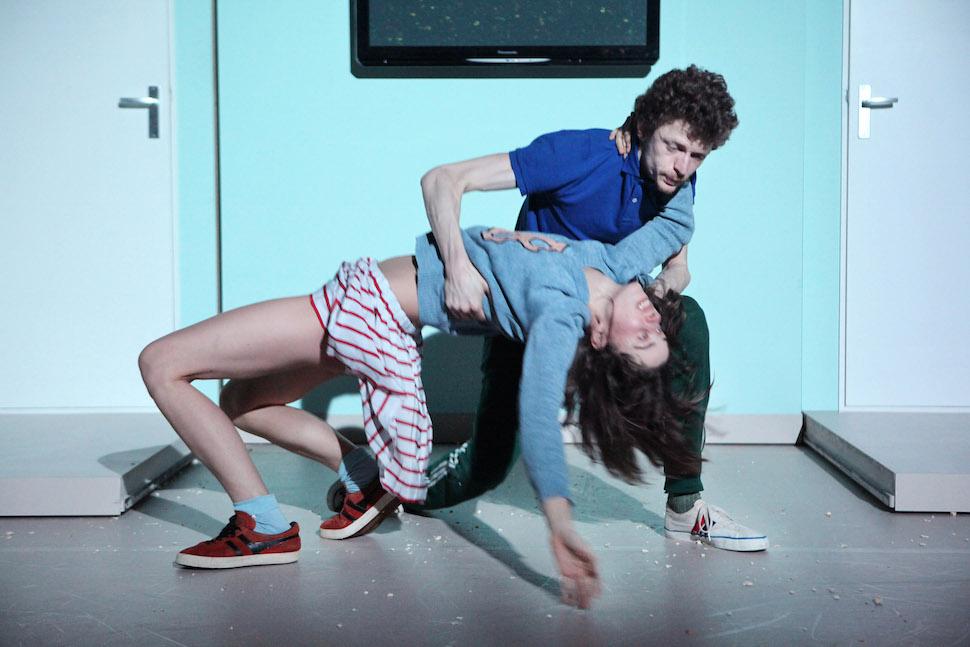 The Unpleasant Surprise examines the effect of the daily stream of violent images that washes over us every day. It has never been so easy to see cruelty and the suffering of another by means of smartphones and the computer. We watch live fights, accidents and attacks while we sit safely at home on the couch. What do these images do to us and our view of the world? Does the continual repeti- tion and the sameness of the images mean that we don’t regard them as reality anymore? If that is true, can we still empathise with the other on the other side of the screen?
The Unpleasant Surprise investigates these facts in a physical and associative production.

A boy watches the news on television. Gradually, the images he sees start to get under his skin and the reality behind them literally bursts into his living room in the form of an endless stream of victims, per- petrators and journalists. What follows is a physical trip that endeavours to explore the numbing effect of continuously repeated violence and the sameness of images and situations. Reporters report, but their attitude and what they say is the same, irrespective of whatever attack they are covering. By bombarding the theatre spectator with theatrical imagery with which he or she is mainly familiar from other media, I attempt to not just dissect the conven- tions of disaster television and dramatized violence, but what those conventions do with our empathy and our way of looking at things.
By doing this in the context of live theatre, in which the performers and spectators find themselves in the same space, I attempt to con- nect the spectator with those who can be seen on their television screen every day, returning their humanity to them.