Workshop for authors under 40

The workshop will alternate group sessions and one-to-one meetings. The aim is to allow each participant to carve out an individual space to work with the Master on specific aspects of their project, as well as to leave everyone enough time to write. During the group meetings, topics of general interest will be addressed, with particular attention to the political significance of writing for the theatre today and the dialogue between the content of the work and the dramaturgical form. During the individual meetings, the participants will be supported in developing their text also through reading suggestions and the watching of videos, which can foster the creation process. 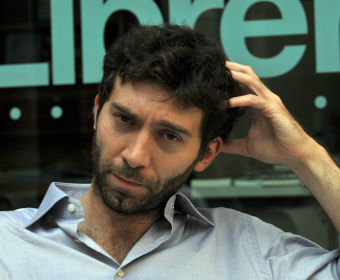 DAVIDE CARNEVALI
Author, director, and theatre maker, he got his doctorate in theatre theory at the Universitat Autònoma de Barcelona, with a period of study at the Freie Universität Berlin. He is currently an associate artist at ERT Emilia Romagna Teatro and teaches in different academies and universities. In 2020/21 he has been entrusted with the annual direction of the École des maîtres.
He has written, among others: Variations on Kraepelin's model (Theatertreffen Stückemarkt Prize 2009); Sweet Home Europa (Schauspielhaus Bochum, 2012); Ritratto di donna araba che guarda il mare (Riccione Prize for Theatre 2013); Actes obscens en espai públic (Teatre Nacional de Catalunya, 2017); Menelao (ERT, 2018). He wrote and directed, among others: Maleducazione transiberiana (Teatro Franco Parenti, 2018), Ein Porträt des Künstlers als Toter (Staatsoper Unter den Linden, 2018); Lorca sogna Shakespeare in una notte di mezza estate (ERT, 2019) and various Classroom Plays, theatre performances in schools, for an ERT project.
In 2018 he was awarded the Hystrio Prize for Dramaturgy for his artistic career.
His texts, translated into about fifteen languages, have been presented in several countries. His works are published in Italy by Einaudi and Sossella, and in France by Actes Sud. He has also published the essay Forma dramática y representación del mundo en el teatro europeo contemporáneo (Ciudad de México, Paso de Gato, 2017) and the collection of short stories Il diavolo innamorato (Rome, Fandango, 2019).
Photo: Pino Montisci