Workshop for Authors under 40

NATIONAL PLAN FOR INVESTMENTS COMPLEMENTARY TO THE NATIONAL RECOVERY AND RESILIENCE PLAN (PNRR)
(Decree-Law No. 59 of 6 May 2021, converted, with amendments, into Law No. 101 of 1 July 2021)

The workshop will alternate group sessions and one-to-one meetings. The aim is to allow each participant to carve out an individual space to work with the Master on specific aspects of their project, as well as to leave everyone enough time to write. During the group meetings, topics of general interest will be addressed, with particular attention to the political significance of writing for the theatre today and the dialogue between the content of the work and the dramaturgical form. During the individual meetings, the participants will be supported in developing their text also through reading suggestions and the watching of videos, which can foster the creation process.

Dramaturgy as blood, drama, muscles in action, theatricality as endoscopy, theatre as flesh, embodiment of the word, coming into the world, a laceration, opening a wound in the ideal, materiality, experience, dripping, flowing. Rising at dawn, re-rising at dusk. 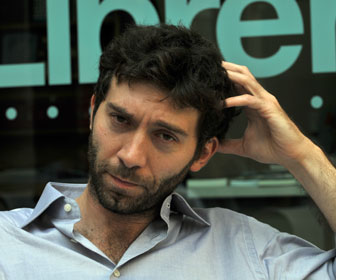