“Tilda Swinton is unanimously recognized as one of the most original and powerful performers to establish herself at the end of the last century. Her uniqueness lies in her commanding and incomparable personality, uncommon versatility, and an ability to pass from the most radical art-house cinema to big Hollywood productions, without ever eschewing her inexhaustible need to bring to life unclassifiable and uncommon characters. Her every portrayal is a fearless challenge to conventions, be they artistic or social; the outcome of a need to put herself continuously on the line without ever being satisfied with the results she achieves; and the desire to explore new implications in behavior and human emotions, which Swinton never limits herself to conveying but instead personifies in the most surprising and challenging way. She has worked with some of today's major directors, but above all she is faithful to a few filmmakers, for whom she has been a muse more than just a favorite actress. Take, for example, her working relationship with Derek Jarman; she performed in every film he made from 1985 until the English director's death in 1994. Or Luca Guadagnino, with whom she has made four movies, sharing his project to bring to life an unconventional type of cinema. In this sense, Tilda Swinton confirms herself as a star of contemporary film par excellence, who doesn't settle for simplicity and fashionable dictates, but instead aspires to the impossible.” (Alberto Barbera) 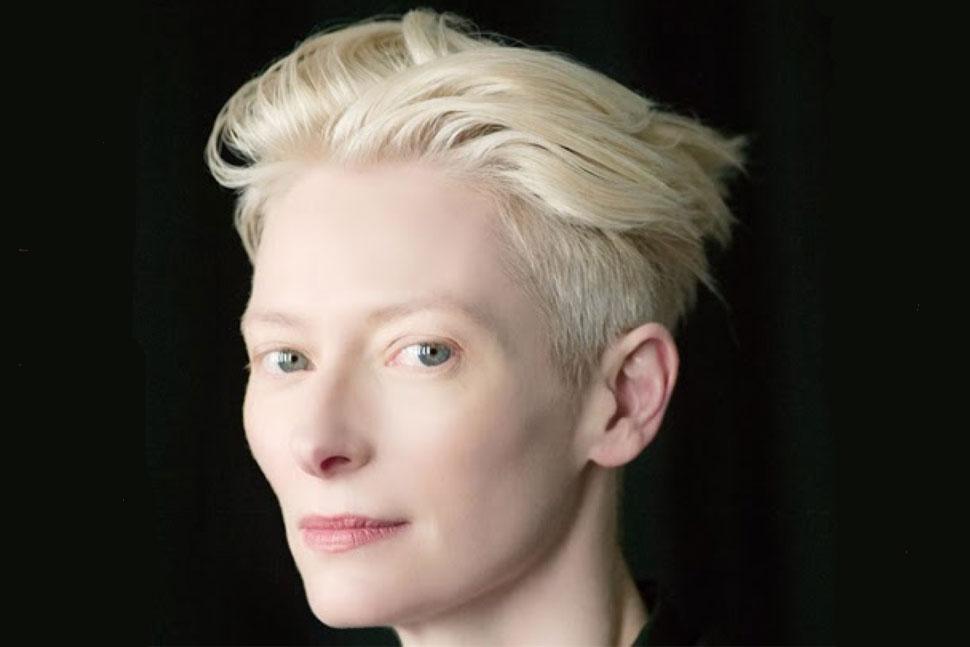