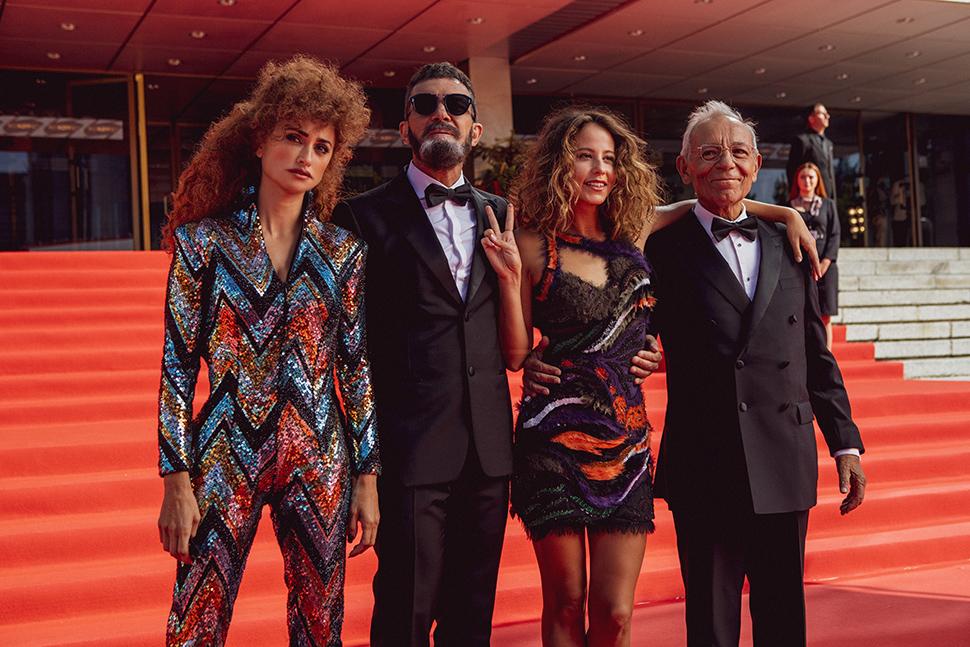 In search of significance and social prestige, a billionaire businessman decides to make a film to leave his mark. To do so, he hires the best: a stellar team formed by famous filmmaker Lola Cuevas and two renowned actors, both enormously talented, but with even bigger egos: the Hollywood actor Félix Rivero and radical theater thespian Iván Torres. Both legends, but not exactly the best of friends. Through a series of increasingly eccentric challenges set by Lola, Felix and Iván must face not only each other, but also their own legacies.

Mariano Cohn
For some time now we’ve been meaning to get a movie made together with Penélope Cruz and Antonio Banderas. Finally, we met in London to exchange ideas and we shared with them the seed of what would end up being the central axis of Competencia oficial. We needed a third leading man, and we called on Oscar Martínez, who had already starred in a movie with us, El ciudadano ilustre, and whose work Penélope and Antonio liked a lot. The Mediapro Studio’s commitment to Competencia oficial was firm from the very outset.

Gastón Duprat
There are many films that show how a film is made, the production problems, the difficulties and issues of carrying out a project. But there’s nothing exactly like the kind of stuff actors get up to, to make us cry, to make us laugh, to generate emotion. This film investigates this complex and extraordinary relationship, generally hidden from the view of the general public. The film illuminates how these three acting talents build emotion in the viewers at the same time that it addresses issues such as the process of artistic creation, professional competence, egos and the need for prestige and recognition.