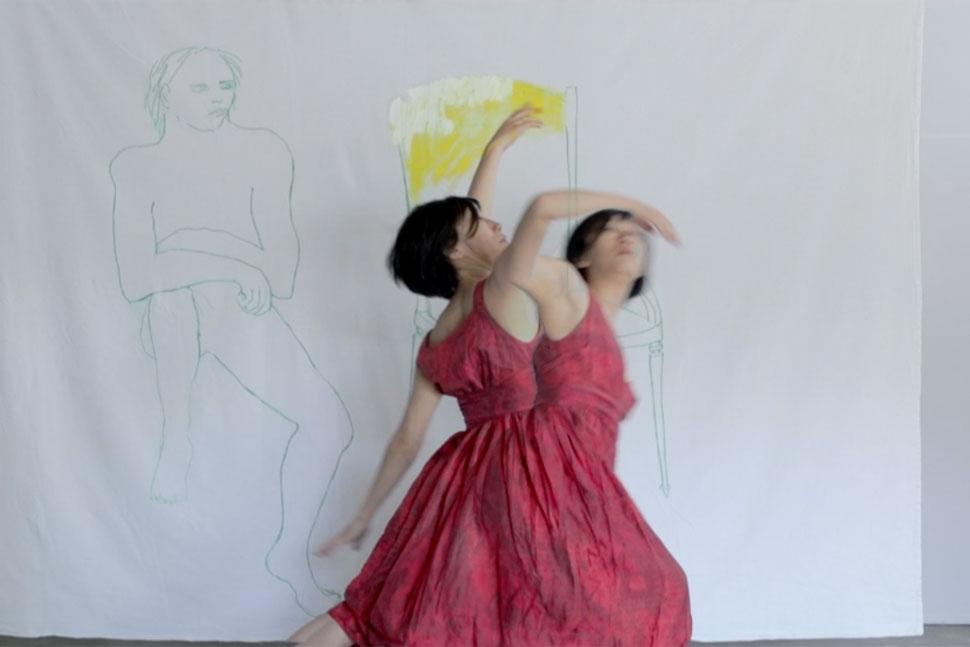 This is a boy’s initiation into the world of dance, and a coming of age to adulthood of a being in search of his self. Philippe comes to Venice just in time for the great Festival della danza, meets Shonach Mirk, a young American dancer, and then Jorge Donn of the Ballet du XXe siècle. Dance thus reveals itself to Philippe, who discovers his path in life.
Meanwhile, a naked being wanders through an unreal city of Venice, from one palace to the next. He relives his infancy and his adolescent loves. He loves the lady of the night, Barbara, who may be his mother. Filmed in an everyday yet oniric city of Venice, two narratives blend to create this ballet-film in which Maurice Béjart tells his own story: how he imagined he could become a dancer.

The rain falls like so many tears on a young woman dressed in a little black dress. We dive into her eyes as we dive into her soul drowned by sorrow. At the bottom of the water, the woman, lying on the floor, gently up and begins to dance.

A woman at war with the voices that haunt her, in quest of a face lost in time. As the bonfire dies, her breath returns, a volcano stirs... Behind closed doors, a woman with no face. Is she a witch? A spider-woman, a goddess, a she-wolf or a carnivorous plant? The Magma Chamber is a discourse without words, a cry without voice, that tells us the violences and the ambivalences contained in the archetypes structuring female identity.

In search of what connects us, try to make the invisible visible and palpable. Opening spaces between, our different medias, artistic visions and sensitivities come into harmonic and sometimes dissonant resonance. We lead the reflection of Ma’ (“interval” in Japanese). This notion of space, time, moving energy, allows each entity to exist. In order to explore the fields of poetic possibilities in an emotional panel redefined by lines, curves and gestures, inviting to dreams, to the imaginary.

Romy and Orson, swimmers, disabled, meet every week for training between the locker room and the swimming pool, and show everyone their vision of the world, filled with irony and scorn, and a great deal of character. The goal of the film is to make you forget the diversity of these athletes, without being pietistic, but with respect, inventing short comic sketches based on the story and temperament of people who challenge themselves without fear.