Ur, due riti per contrabbasso

The concert will be introduced by a talk with the artists at 7:30 pm. 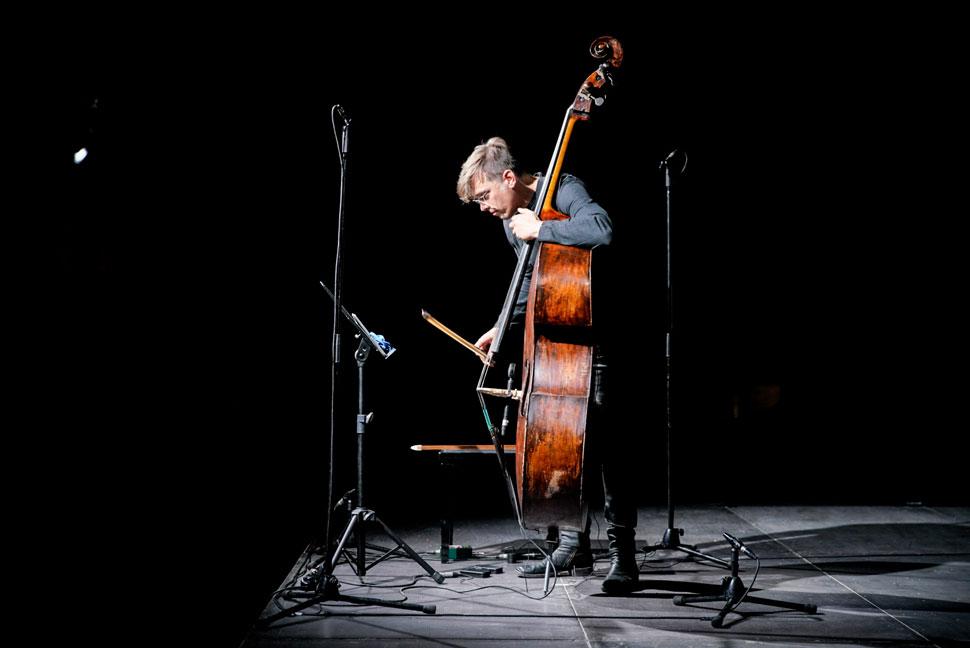 The concert becomes theatre thanks to a musician-performer and a staged soundscape in the amplified version of Ur, due riti per contrabbasso by Giorgio Netti, which pulls in, draws away and immerses the spectator in the sound and in the instrument.

Ur, due riti per contrabbasso is a reflection dedicated to Dario Calderone on the two primary roles of the instrument in the history of music: the intense unifying energy of its pedal sound and the basso continuo, which then became the walking (and talking) bass, as the hidden engine of all dances. This double nature is explored here side by side with the sacred status of the bull in various cultures, and in particular the myth of the Minotaur, in order to interweave three lines of development: the tense sound as a driving pulsation of life, articulation as an inexhaustible generative principle, and the labyrinth as a risky metaphor for composition.

The combination of the two rituals wishes to recall the sacred origin of desire, and its coordinates were dictated by two guiding lights: Stefano Scodanibbio, the explorer-poet of this instrument, and Gérard Grisey, who from the void of his IV string was able to generate the entire espace acoustique.