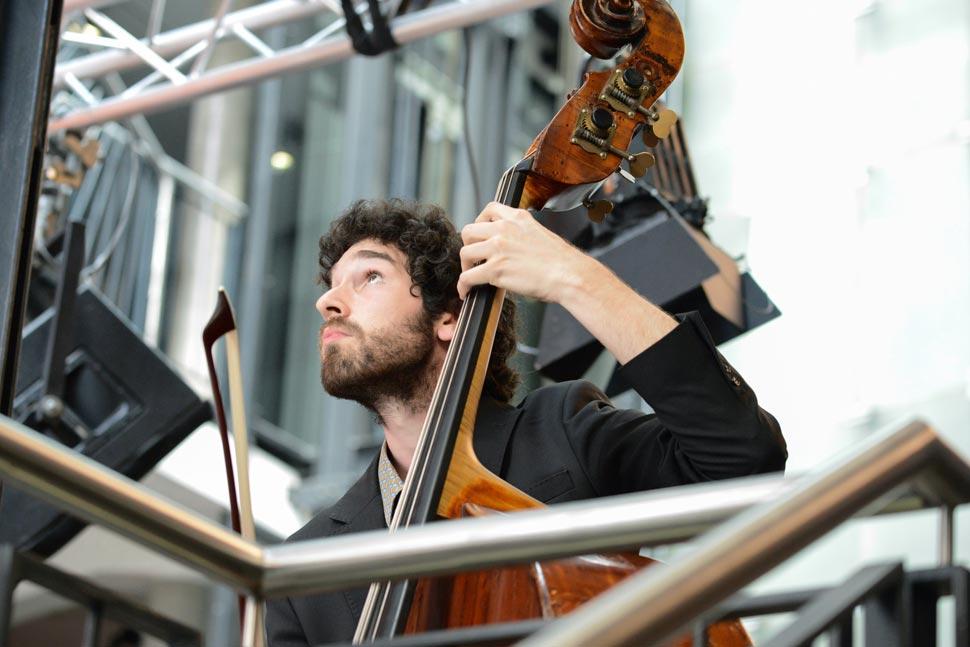 According to Florentin Ginot’s definition, Not Here is a “staged concert with an in situ scenography” where four double basses are positioned at the four sides of the stage, one for each piece, to explore the entire range of the sound of this instrument.

The four compositions in their Italian premiere performance are part of the scenographic installation project titled Not Here conceived by Florentin Ginot, in which the scenography uses and transforms the architecture of the performance venue; the installation concept revolves around four glass modules that generate a play of shadows and light, and devices for sound spatialisation. The project questions the very identity of the instrument.

In Fury Rebecca Saunders uses the five-string double bass with an extremely low down-tuning; the composition may ideally be considered in dialogue with Obstinate by Georges Aperghis, which uses the singing and spoken voice as a projection of the primal scream. In The Table of Knowledge Liza Lim relies on a small double bass as well as on a preparation based on the Vietnamese instrument called the dan k’ni, with an extension for the resonance of the vocal spectra, while in We Must by Sebastian Rivas the down-tuned double bass finds its counter melody in the electronics.