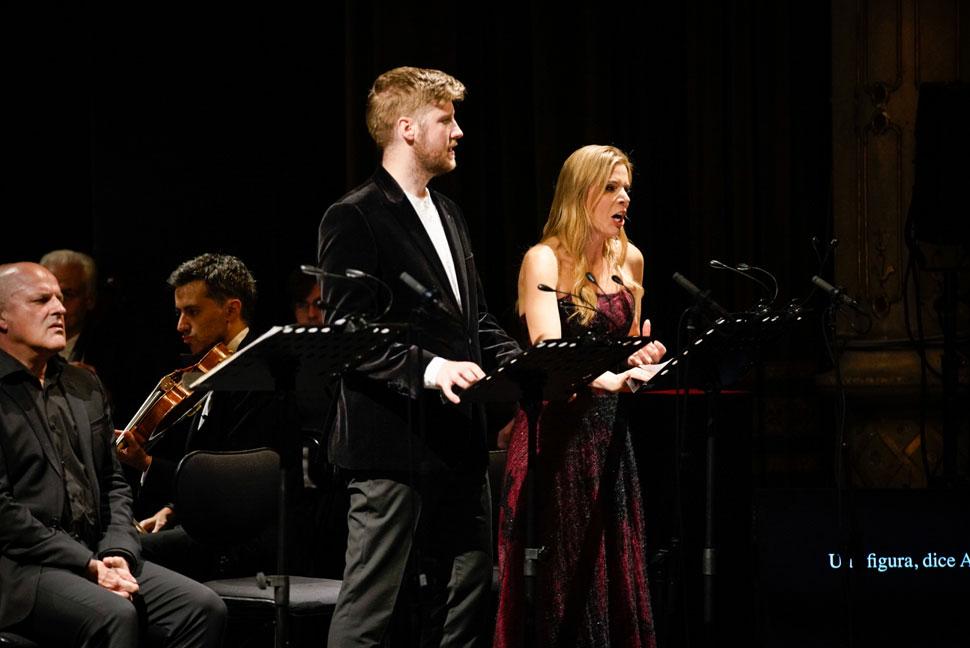 The author of the libretto for Written on Skin (2012) is playwright Martin Crimp, with whom George Benjamin also worked on his other two operas, Into the Little Hill (2006) and Lessons of Love and Violence (2017). The libretto is based on the legend of the knight and troubadour Guillem de Cabestany (or Guilhelm de Cabestaing), who lived around the year 1200, and echoes of whom may be found in Dante, Boccaccio and Petrarca. According to legend, Guillem was the lover of Soremonde, wife of Raimon de Roussillon: when Raimon discovered the relationship, he killed Guillem during a hunt, cut out his heart, and had it cooked and served to the unwitting Seremonda. When she found out she had eaten her lover’s heart, she killed herself. The action takes place in Provence in the twelfth century. The rich Protector (baritone) pays the Boy to create and illuminate a manuscript to celebrate his life and his family. The Boy (countertenor) and the Protector’s wife Agnès (soprano), are irresistibly attracted to one another, until the Protector kills the Boy and forces Agnès to eat his heart; as the Protector lunges to strike her, Agnès kills herself by jumping out of the palace window. In addition to the three main characters, the cast includes two supporting characters, Marie (mezzosoprano) and John (tenor) who are respectively Agnès’ sister and brother-in-law, and a chorus of three Angels (countertenor, mezzosoprano, tenor) who comment on the story from the present time.