Ten years since the 2009 earthquake

A talk with the artists will be held at 4:00 pm before the concert. 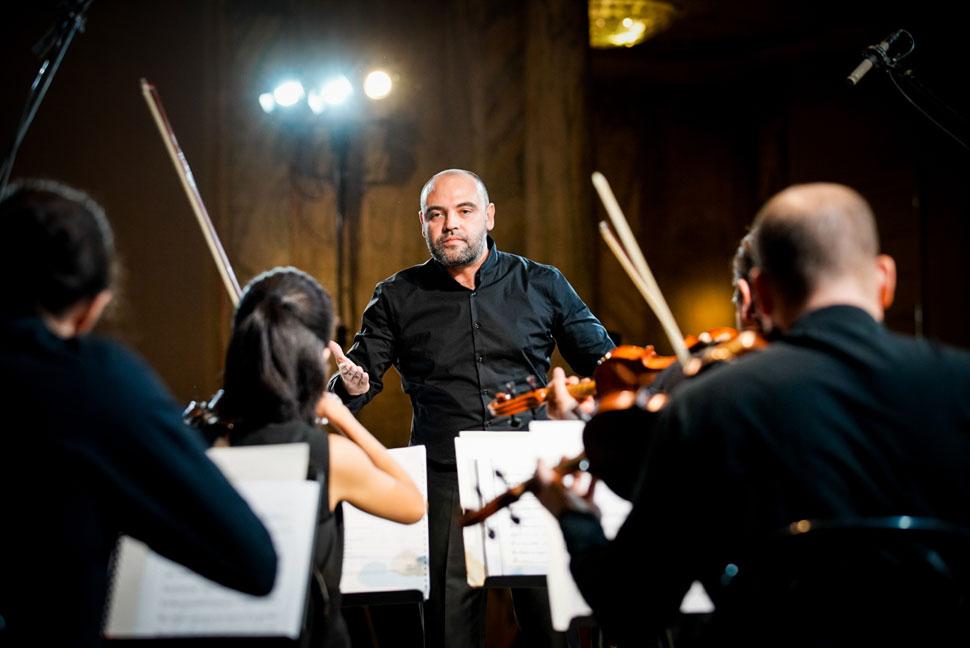 A special project has been entrusted to the Solisti Aquilani, in a concert to commemorate the earthquake that shook L'Aquila ten years ago in 2009. A historic ensemble, founded in the wake of the movement to reassess the seventeenth and eighteenth-century Italian instrumental heritage, and active for over 50 years with a repertory that ranges from pre-Baroque to contemporary music, the Solisti Aquilani have always had a special regard for Italian composers. The concert lines up all new pieces composed in memoriam by Stefano Taglietti, Andrea Manzoli, Roberta Vacca, and Pasquale Corrado – who also conducts.

Moving Point: “I thought about loss, destruction, the sudden and violent pulverization of all my bearings (...) this is a composition that represents the continuous transformation of sound references perceived one at a time as the piece develops”. (Stefano Taglietti)
Post fata resurgo “is a composition that considers all the key elements of an earthquake: force, unpredictability, doubt (...) Time takes its own shape: it expands and contracts in a sequence of unexpected images (...) This is a work that seeks reconciliation, offering a strong sense of rebirth”. (Andrea Manzoli)
Rosso celestino “is a tribute to Pope Celestino V, who was very important to the city of L’Aquila (...) The “red” does not evoke just the colour of an ecclesial robe but more specifically that of the blood that has been shed in this territory (...) The composition develops around two main elements: apparently repetitive movements and songs of praise”. (Roberta Vacca)
Dove non si tocca in mare “expresses the apprehension of the moment in which we first perceive that we are incapable of dominating nature (...) The piece consists in a single long bow movement in which the cello observes and reacts to the different situations, at times contrasting the mass of the orchestra, at times allowing itself to be carried by the flow”. (Pasquale Corrado)