NOTICE FOR THE PUBLIC:
Mohini Dey will not be able to perform on this concert. Due to serious personal problems, the renowned bass player had to cancel all her schedules until the end of October. The concert however is confirmed and will be performed by the musicians of her band: Louiz Banks, Gino Banks, U Rajesh, Giridhar Udupa. 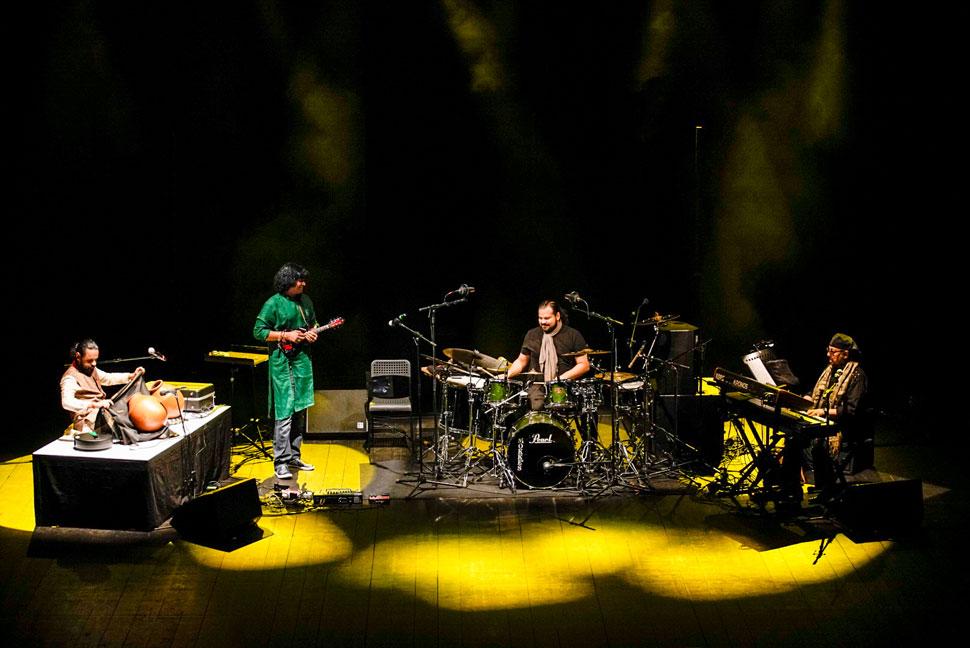 Jazz and fusion channel an alternating current of sound between West and East, a current of migrations that fuels cross-pollination, innovation and creativity, from Ravi Shankar, John Coltrane and John Mayer to John McLaughlin and Trilok Gurtu. A composer, producer, keyboard artist and singer, born into a dynasty of musicians, Louiz Banks is a legendary figure on the Indian fusion scene, and an internationally renowned musician. On the keyboards will be Louiz Banks, who has collaborated with Ravi Shankar and was a mentor for young bassist Mohini Dey, surrounded by his son Gino on the drums, U Rajesh on the mandolin and Giridhar Udupa on the ghatam (a traditional Indian percussion instrument made of terracotta or ceramic in the shape of a vase).