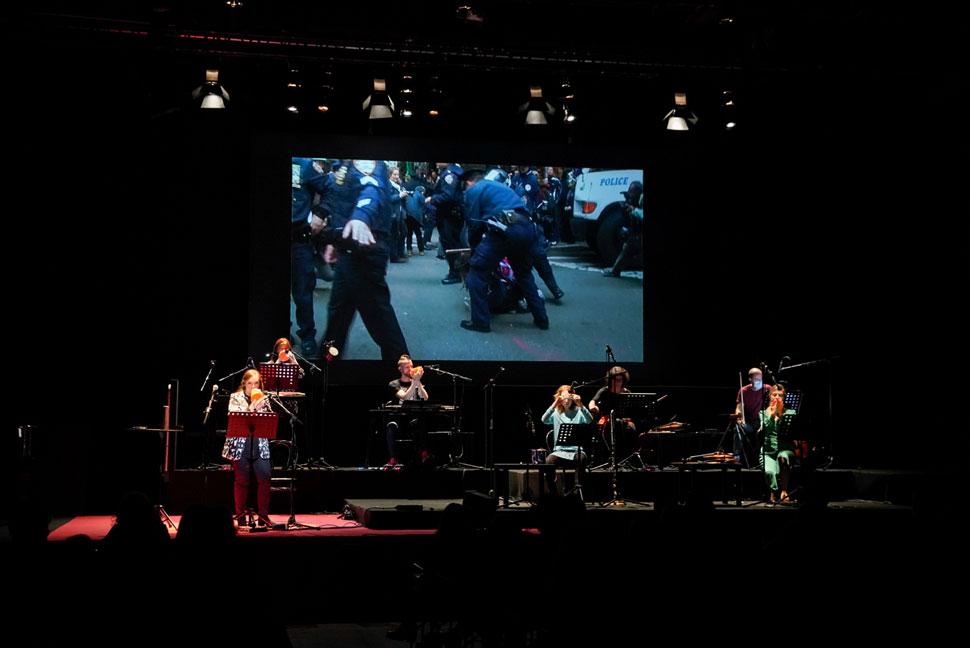 A visionary theatre of sounds informs the Instrumental Freak Show by Giovanni Verrando, a composer, researcher and teacher who promotes a new idea of violin-making, new instruments with their own grammar and aesthetic that make it possible to shape and reinvent today’s music, to reach beyond the western acoustic orchestra. Daxophones, Daxotongues, electric guitars with dax and patafix: these are the freaks in the title, the protagonists of the concert-show conceived in five movements or episodes, each of which presents a specific sound through a specific instrument and a character-performer. Five different languages because “diversity is a powerful engine of the world” (G. Verrando). The performers on these instruments of the future are the components of the Interface Ensemble of Frankfurt, constantly involved in experimental forms of musical theatre and sonic performances, led by conductor Francesco Pavan.
Along with Instrumental Freak Show, the Interface presents another sound experiment with De Près by Jean-Luc Hervé, which engages two levels of listening: the frontal, traditional level, with five musicians on stage and five speakers that transform the sound in real time, and the immersive level, with “low-volume speakers positioned in the midst of the audience to create an echo of the instruments, whispered into the ears of the spectators”. (J.L. Hervé)