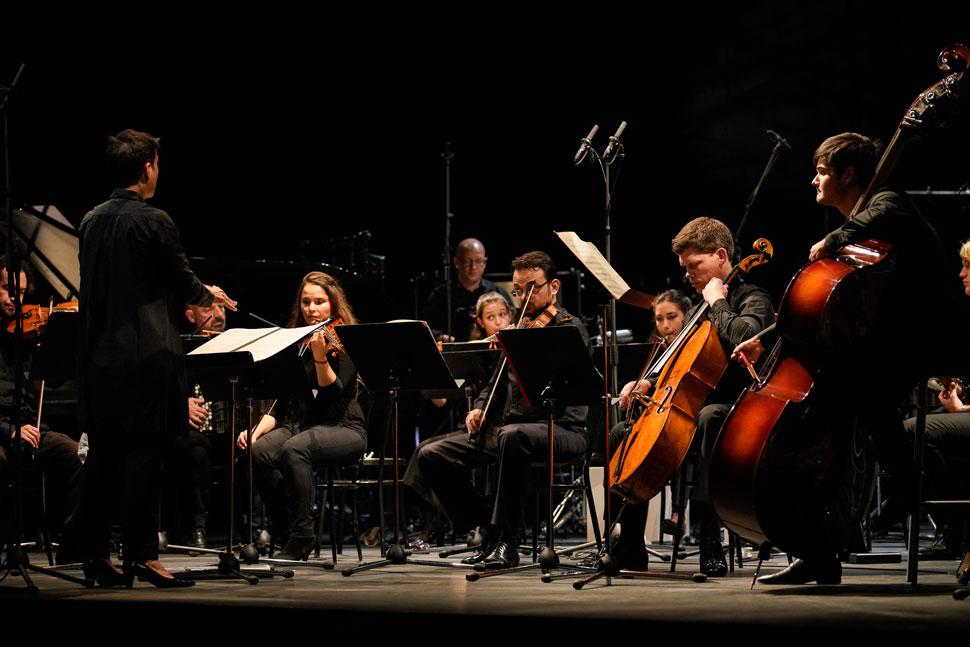 Premieres are also the mainstay of the concert by the ensemble oktopus which composer, conductor and teacher Konstantia Gourzi founded in 2003 at the Hochschule für Musik und Theater in Munich, leading her young musicians to perform at the Munich Biennale, for the Bayerischer Rundfunks and the Bayerischer Staatsoper.
From When the wolf met Peter... to the new work Occulto vocale, Sofia Avramidou’s music has demonstrated a linear structure that has progressively become richer and developed into an authentic soundscape through the use of repetitive and recurring modules. The evocation of the Romantic genre in the instrumental ballad is particularly congenial to Francesco Filidei, who reinterprets it in the sense of a “constructive global process”: the Ballata n.7 retains a dynamic qualilty similar to that of Liszt’s ballades. In marcia seguendo le nuvole by Marcello Filotei originated in the idea that all men march in the same direction, towards a goal that may no longer even exist, and occasionally encounter one another the way the instruments do in mid-piece. Konstantia Gourzi in Rezitativ Antigone represents the drama of an inner conflict with an emotionally overloaded tone while in Wunde | Wunder, inspired by the painting of Michelangelo, Caravaggio and John William Waterhouse, she delineates a dramaturgy composed of fragments, that acquire the meaning of consecutive phases in a process of sonic awakening.