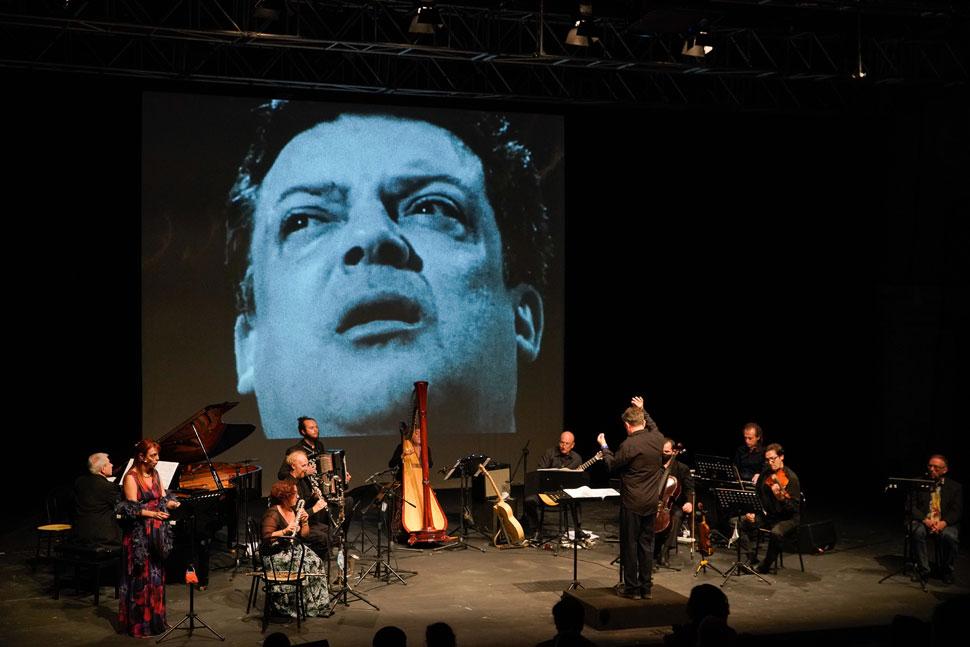 The centennial of Bruno Maderna’s birth is being met with a multiplicity of celebrations for the Venetian composer (1920-1973), who constantly meshed composition and conducting, ceaselessly testing his composition against its production in sound. In the vast range of Bruno Maderna’s horizons an entire section is dedicated to the scores he wrote for television documentaries, the soundtracks for films, and his passion for genres such as jazz, operetta and Kurt Weill’s cabaret (Maderna conducted Strehler’s first production of A Three-Penny Opera, with Giacomo Manzoni at the piano).
This voracious curiosity is highlighted in the concert-documentary Sette Canzoni per Bruno, a world premiere and joint tribute by the Ensemble FontanaMix, directed by Francesco La Licata, and the Collective In.Nova Fert, a young ensemble dedicated to a “communitarian” composition of music. It features seven musical moments that weave together voices, ensembles, videos and electronics to narrate seven different chapters in Maderna’s life, from the violinist and conductor of The Happy Grossato Company to the composer of the great masterpieces of the 1970s.
A concert-documentary made of “fragments, sketches, magic squares from Maderna’s work, also borrowed from the transcriptions of authors of the past and the lighter production, which are the sources for freely elaborated compositions that together form a musical story strongly imbued with his way of making music and his persistence in always exploring the new” (from the presentation).