On the occasion of the Festival Choruses, La Biennale di Venezia intends to award a Prize for the Best World Premiere Performance of the programme and the Best Vocal or Choral Ensemble. The Prize will be awarded by a jury consisting of young students from the Veneto Conservatories, who will be nominated by their respective institutions.
The purpose of the Prize is to involve and empower the young students of the Veneto Conservatories by offering them the opportunity to listen, reflect on and discuss these examples of new musical creativity. The Jury will be chaired and coordinated by Francesco Antonioni, composer, musical journalist and radio presenter for the musical programmes of Rai Radio 3.
For the composers, the vocal ensembles and choirs participating in the Festival Choruses, the Prize and the rationale for its award as presented by the students who form the jury will provide an opportunity for dialogue with the new generation of musicians, who have their own listening experiences and their own aesthetic perceptions. The purpose of the Prize, in fact, is also to create a fruitful dialogue between the different musical creativities, compositional and performative techniques developed over time by the protagonists of the new musical scene and their audience – in this case a young, sensitive, well-informed audience of Conservatory students.

The Prize, in the form of a plaque is awarded on the final day of the Festival.
The categories for the Prize are: Best World Premiere Performance and Best Vocal or Choral Ensemble.

Christina Kubisch and the SWR Vokalensemble have been designated as winners respectively of the Best World Premiere Performance and Best Vocal or Choral Ensemble. 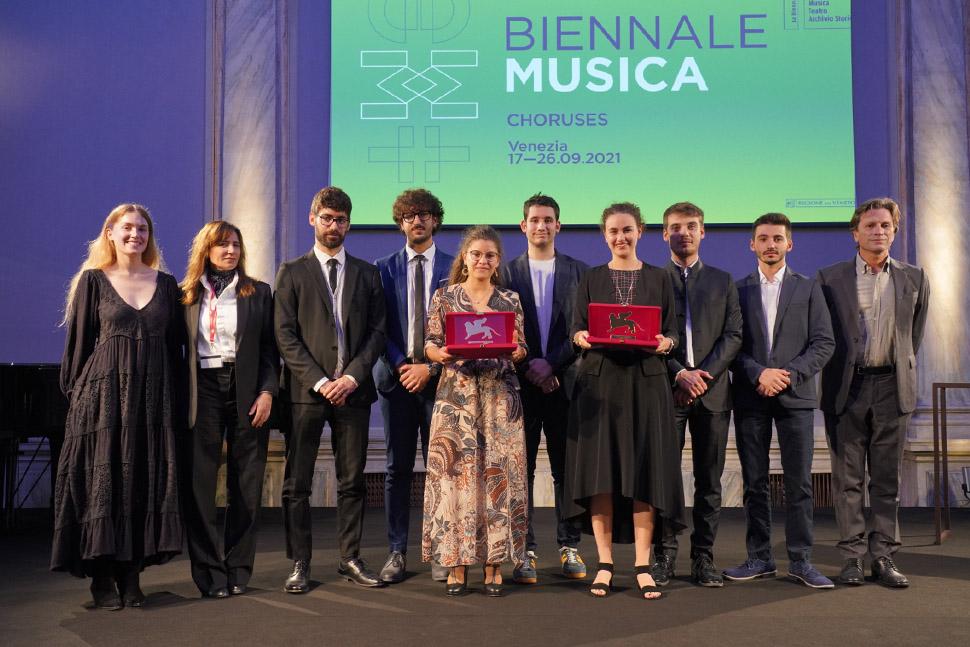