Composer Giorgio Battistelli, one of the most renowned names in Italy and abroad, is the Golden Lion for Lifetime Achievement in Music “for his work in experimental musical theatre and his intense operatic production, staged by the most important European institutions”.

“Giorgio Battistelli’s long and celebrated career began in the 1960s with projects for experimental theatre that have become emblematic and foundational for musical research within the context of sound theatricalisation and the theatricality of the performing gesture. Such as Experimentum Mundi,  composed in 1981, a work of imaginative music for one actor, eight natural voices of women, sixteen tradesmen and a percussionist, which to this day has been performed 400 times in Europe, Asia, Oceania and North America and is considered a cornerstone of instrumental musical theatre; Jules Verne composed in 1987, a chamber fantasy in the form of a performance for a trio of percussions, three voices, trumpet and piano, and Orazi e Curiazi composed in 1996 for two percussionists” (from the statement for the award). 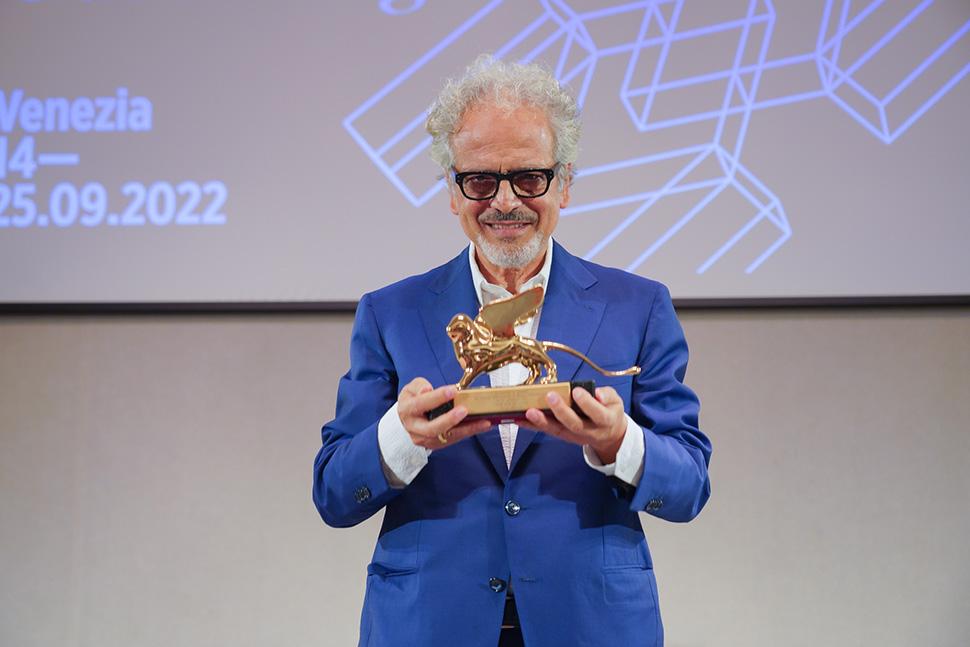