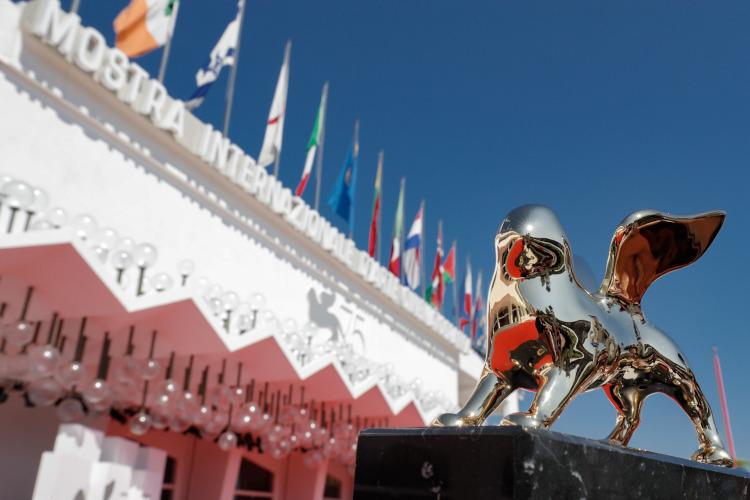 The presentation of the 12 projects that participated in the first workshop took place on Monday October 15th.

La Biennale di Venezia announces the presentation of the 12 projects that participated in the first workshop of the 7th Biennale College – Cinema (2018/2019) in Venice from the 6th to the 15th of October 2018. The event, which took place on Monday October 15th 2018 in Venice at the Biennale headquarters at Ca' Giustinian, was introduced by President Paolo Baratta and the Director of the Cinema Department Alberto Barbera.

The first workshop of the 7th edition
The 12 teams that submitted the selected projects (consisting of a director and a producer), from Bolivia, Chile, France, Great Britain, Hungary, Israel, Italy, Japan, Poland, South Africa, South Korea, Turkey and the United States, participated in a preliminary workshop that was held in Venice from the 6th to the 15th of October 2018.

Presentation of the 12 projects of the 7th edition
In a working session from at 3 pm to 6 pm on Monday October 15th, the 12 teams will present their projects, offering a brief description of various aspects involved in the creation of their stories, their personal careers, their special influences and their vision of cinema.

Selection of 3 projects to make three feature-length films
Following this presentation, 3 teams only will be invited to attend two additional workshops, also to be held in Venice, from December 3rd  through 6th 2018 and from January 11th through 15th 2018, following which they will begin production on 3 feature-length films (debut or sophomore films) of which one will be Italian. The films will be low-cost, supported by a grant of 150 thousand euro, and will subsequently be presented at the 76th Venice International Film Festival in 2019. The other 9 projects that are not selected will however be assisted and supervised.

Teamwork, plenary classes, individual sessions and exchanges of ideas: this was the programme of the first workshop of the 7th edition of the Biennale College - Cinema, which was held at San Servolo (Venice) from October 6th through 15th, curated by Alberto Barbera and the Team of the Biennale College – Cinema (Savina Neirotti, Head of Programme).

The 12 project teams worked closely with leading figures in international and Italian independent cinema. The goal was to discuss their projects and the experiences of low-budget filmmaking, meeting directly with the tutors and with the other teams.

Depending on their role, the tutors and consultants were given specific assignments and worked in different ways with the teams as a whole:

Group Leaders: Michele Turnure Salleo, Titus Kreyenberg, Scott Macaulay
Each of them coordinated the work of a group that included 4 different projects, working with the group as a whole, or directly with the individual teams assigned to them. Each group discussed the aspects of their own project in detail, making and receiving suggestions from the other teams, and putting together all the ideas that came up in the other sessions.

Script Consultants: Eilon Ratzkovsky, Ossi Nishri, Francoise Von Roy
Each script consultant worked with 4 dedicated projects throughout the entire workshop and coached the teams in writing the step outline first and then the screenplay.

2 Experts: Paul Tyler and Alec Von Bargen
Both advisors concentrated on the visual aspects of the projects. Paul Tyler led an individual workshop with each team, the purpose of which was to build their projects as effectively as possible. Alec Von Bargen brought the participants his experience as an artist; he held individual sessions with each team, which helped them find the central visual theme for their project.

Pitching Trainer: Stefano Tealdi
In group and plenary sessions, the teams were assisted in developing a public presentation of their project, learning to describe the core of the project.

Specifically, the workshop programme was divided into several different activities, in which the teams worked in groups or together:

- Group sessions: three groups in all, consisting in four projects each.

- Team sessions: with the assigned tutor; with each tutor individually and with the three tutors together;

- Case studies and lectures: plenary sessions for all participants.

- Writing: opportunity for individual work or discussion within each single team.

The Biennale College – Cinema, organized by La Biennale di Venezia, enjoys the support of the Ministry for the Cultural Heritage and Activities – General Direction Cinema. It is sponsored by the Università Telematica Pegaso. Condé Nast sustains the project. Biennale College – Cinema relies on the academic collaboration with IFP in New York and the TorinoFilmLab. The Director is Alberto Barbera, Head of Programme is Savina Neirotti.