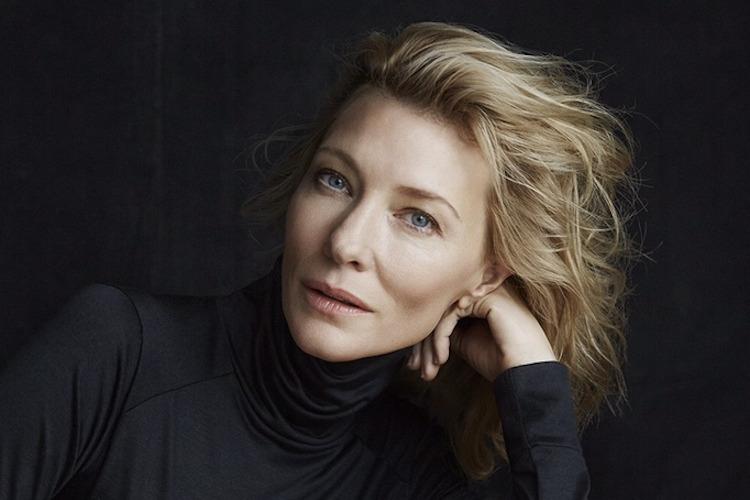 Actor/Producer Cate Blanchett will be the president of the International Jury of the Competition at the 77th Venice International Film Festival (September 2 - 12, 2020), which will assign the Golden Lion for Best Film, as well as other official awards.
The decision was made on Friday January 10th by the Board of Directors of the Biennale di Venezia chaired by Paolo Baratta, who confirmed the recommendation of the Director of the Venice Film Festival, Alberto Barbera.

In accepting the proposal, Cate Blanchett said: “Every year I look expectantly to the selection at Venice and every year it is surprising and distinct. Venice is one of the most atmospheric film festivals in the world – a celebration of the provocative and inspirational medium that is cinema in all its forms. It is a privilege and a pleasure to be this year’s jury president.”

Alberto Barbera commented that “Cate Blanchett is not just an icon of contemporary cinema, courted by the greatest directors of the past twenty years and adored by moviegoers of every kind. Her commitment in the artistic and humanitarian fields and to the protection of the environment, as well as her defense of the emancipation of women in a film industry still coming to terms with male prejudice, have made her an inspiration for society as a whole. Her immense talent as an actress, combined with her unique intelligence and sincere passion for cinema, are the ideal qualities for a Jury President. It will be a great pleasure to welcome her to Venice again in this new capacity, after having applauded her magnificent performances in the films Elizabeth by Shekhar Kapur and I’m Not There by Todd Haynes, which won her the Coppa Volpi as Best Actress in 2007”.

On the final night (September 12, 2020) of the upcoming 77th Venice Film Festival, the International Jury of Venezia 77, chaired by Cate Blanchett and composed of seven international celebrities in the spheres of film and culture from different countries, will assign the following official prizes among the feature-length films in the Competition:

Cate Blanchett is an internationally acclaimed and award-winning actress, producer, humanitarian, and dedicated member of the arts community. In recognition of her continued advocacy for the arts and support of humanitarian and environmental causes, Blanchett has been awarded the Companion of the Order of Australia in the General Division; the Centenary Medal for Service to Australian Society through Acting; the Stanley Kubrick Award for Excellence in Film; the Women in Film Crystal + Lucy Award for expanding the roles of women in film; and the Chevalier de l’Ordre des Arts et des Lettres by the French Minister of Culture. She holds Honorary Doctorates of Letters from the University of New South Wales, the University of Sydney and Macquarie University. In 2018, Blanchett served as Jury President of the 71st Cannes Film Festival in France. Her countless extraordinary ﬁlm performances have garnered Blanchett three BAFTAs, two Academy Awards, three Golden Globe Awards, as well as numerous award nominations. Blanchett is equally accomplished on the stage, having led the Sydney Theatre Company as co-Artistic Director and CEO for six years with her partner, Andrew Upton. For her onstage roles, she was nominated for a Tony and honored with the Ibsen Centennial Commemoration Award. Blanchett is a patron of the Sydney Film Festival, an ambassador for the Australian Film Institute and The Old Vic theatre, and a lifetime ambassador for the Australian Conservation Foundation. She is also a Global Goodwill Ambassador for the United Nations High Commissioner for Refugees (UNHCR), and was honored with the Crystal Award at the 2018 World Economic Forum in Davos. She is co-Founder and President, in partnership with Upton, of production company Dirty Films, which has produced such films as “Carol,” “Truth,” and “Little Fish,” and will executive produce both the highly anticipated new limited series for FX, “Mrs. America,” as well as the six-episode drama series about Australia’s immigration system for the Australian Broadcast Company, “Stateless.”