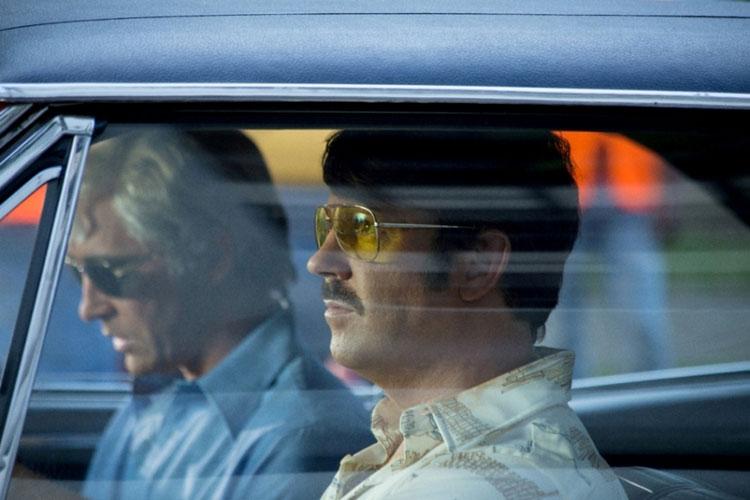 World premiere on Saturday 8th September at 9:00 pm in the Palazzo del Cinema’s Sala Grande, after the Awards ceremony.

Driven directed by Nick Hamm (The Journey, Killing Bono) is the closing film, Out of Competition, of the 75th Venice International Film Festival, directed by Alberto Barbera and organized by the Biennale di Venezia, chaired by Paolo Baratta.
The world premiere of Driven will screen on Saturday, September 8th in the Sala Grande of the Palazzo del Cinema, after the Awards Ceremony.

Nick Hamm declared: “Venice is an inspiring festival with an incredible audience. I am both honoured and delighted to be invited back to share this crazy, untold story.”

Inspired by true events, Driven is a wickedly comedic look at a bromance gone bad. Set in the opulence of early 1980s California, the story follows the meteoric rise of John DeLorean, and his iconic DeLorean Motor Company, through his friendship with charming ex-con turned FBI informant, Jim Hoffman.

It’s 1974 and Jim Hoffman (Jason Sudeikis) is your average family man—father of two, hard-working pilot, doting husband to Ellen (Judy Greer). Oh, he’s also an occasional drug smuggler. And when Jim is caught using his family vacation to smuggle cocaine into the US, ambitious FBI agent Benedict J. Tisa (Corey Stoll) sees an opportunity to earn a major victory for the Bureau by using Jim to entrap his elusive supplier.

Starting over in an affluent San Diego neighbourhood on the government’s payroll, Jim’s duties as a confidential informant get side-tracked when he befriends his famous neighbour, motoring engineer and designer John DeLorean (Lee Pace). Bedazzled by DeLorean’s charm and vision, Jim soon finds himself in DeLorean’s inner circle at the launch of a new enterprise that promises to revolutionize the American motor industry.

However, when DeLorean’s dream hits the buffers with his company set to go belly-up, and Tisa’s nowhere near getting his guy, Jim suddenly finds himself caught between two desperate men who are willing to do anything to succeed.