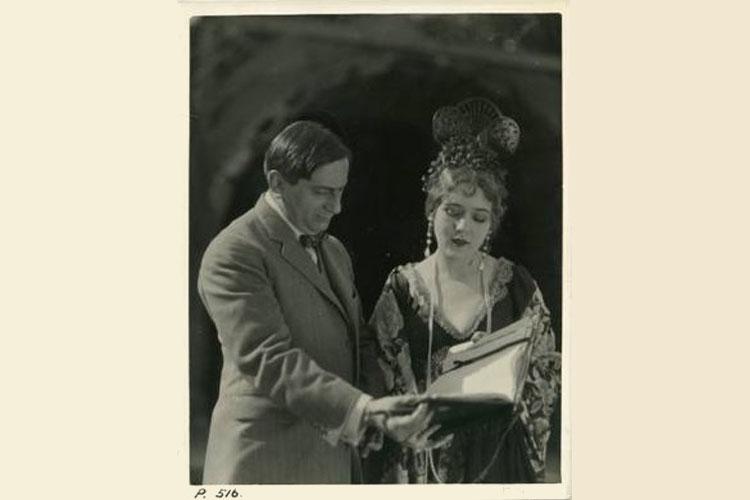 On Tuesday August 29th 2017 in the Sala Darsena at Lido, the legendary silent film Rosita (1923) by Ernst Lubitsch.

Rosita (1923, 97’), famed as the single collaboration between two of the giants of the silent screen, the director Ernst Lubitsch and the star Mary Pickford, is the film that has been chosen for the Pre-inaugural evening of the 74th Venice International Film Festival, which will be held on Tuesday, August 29th in the Sala Darsena (Palazzo del Cinema) at the Lido. Rosita, will be screened in a new digital restoration effected by the Museum of Modern Art (MoMA) in New York, with the support of The Film Foundation; this will be the restored version’s world premiere. The projection of Rosita will feature live music played by the Mitteleuropa Orchestra of Friuli – Venezia Giulia, directed by the musicologist Gillian Anderson, who has reconstructed the film’s original score by working from a cue sheet preserved by the George Eastman Museum. The 74th Venice International Film Festival, which will be held at the Lido from August 30 to September 9, 2017, is directed by Alberto Barbera and organized by the Biennale, chaired by Paolo Baratta.

Rosita is set in a mythical Spain where an engagingly lecherous King (Holbrook Blinn) has cast his eye on a popular but provocative street singer (Mary Pickford). She, in turn, yearns for the handsome young nobleman (George Walsh, brother of the celebrated director Raoul Walsh), who has rescued her from the angry king’s guards and has been condemned to a dungeon for his troubles.

The film and the restoration

Following the American success of his German historical epics (Madame DuBarry, Anna Boleyn), Ernst Lubitsch was invited to Hollywood by Mary Pickford to direct her in what would become her first adult role, as a street singer of Seville who attracts the flattering but inconvenient interest of the King of Spain (Holbrook Blinn). The results are a thoroughly enchanting blend of the “cast of thousands” period films that Lubitsch had been making in Germany and his emerging interest in bittersweet romantic comedy. The film was, by all accounts, a major critical and commercial success on its first release, but in later years Pickford turned against it, for reasons that still remain mysterious, and decided to allow the film to decay (she did, however, preserve reel four, for reasons no less mysterious). Rosita vanished from circulation until a nitrate print was discovered in the Russian archives and repatriated by the Museum of Modern Art in the 1960s. The Museum has also had access, through the Mary Pickford Foundation, to the fourth reel that Mary Pickford copied from her own domestic print. A safety preservation negative was made from the nitrate print, but no further work was done on the film, until recent breakthroughs in digital restoration made it possible to reclaim much of the severely damaged image. Because the original English language intertitles do not survive, it was necessary to recreate them on the basis of an early draft screenplay in the collection of the Academy of Motion Picture Arts and Sciences, the Russian intertitles, the Swedish and German censorship records, a handful of lines quoted in contemporary reviews, and a music cue sheet from the collection of the George Eastman Museum.  Using the titles in Pickford’s preserved fourth reel as a template, new intertitles have been created to match the original graphics as closely as possible.

Musicologist Gillian Anderson has recreated the original theatrical score, working from a music cue sheet compiled by James C. Bradford from the collection of  the George Eastman Museum. Following the performance in Venice, MoMA will produce a full symphonic recording of this score for use in venues that cannot provide live music.